November 04, 2008
Well, the early-season jitters were out in full force during the first 35 minutes of Rob Jeter's fourth season at the helm of Milwaukee Panther Basketball. Opting to start with freshman Tony Meier and JuCo transfer Tone Boyle (in addition to veterans Ricky Franklin, Deonte Roberts, and Anthony Hill) and giving liberal minutes to other newcomers (Ryan Haggerty and James Eayres) proved to be the beginning of an upsetting trend that lasted throughout the first half and well into the second. 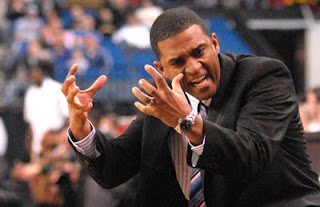 It's not that the new kids are bad players by any reckoning- it's just that they need experience at the D-I level to play their game at the level they can play it- and they showed this deficiency last night. Once Jeter stopped evaluating and started coaching winning basketball (he put the petal to the metal with about 8 minutes left in the game), UWM easily coasted to a 68-43 win to start out the '08-'09 season in winning fashion.

But this is what exhibition games are for. They give coaches a chance to experiment with different lineups, and most importantly, they give players who haven't seen much D-I floor time, to work out those jitters and second-guesses.

That way when they are given (probably significantly less) minutes in the games that count- they will have been there, done that, and will be much more up to the challenge and not so overwhelmed. Largely due to the inexperience of some of these new Panthers (and also due to the biggest weakness exposed in the Sneak-Peak Scrimmage last month), UWM turned the ball over a whopping 17 times.

Yes, they still managed to come away with a big-margin victory, but caution- this is MSOE (UWM was the first D-I competition their program has ever played). If the Panthers play like they did last night, they will get eaten alive by nearly every opponent they face off against this year- including the mighty Penguins of Youngstown State.

The good news is that last night isn't a reflection of who will be playing how much and how the substitutions and combinations will actually play out during the regular season- this was merely another form of practice to help Coach Jeter and staff make the important coaching decisions that will make or break this season.

So enough of the down notes though- all in all (despite the sloppy ball control and some inexcusable defense in the lane), UWM played pretty solid basketball, and demonstrated just how deep and talented at the guard position they are. Due to a groin injury of unspecified severity, 6'8" JuCo transfer from Olney Central, Burleigh Porte did not play. As mentioned in my last post, Porte looked a little lost and timid at times during the scrimmage (despite his intimidating stature), but he has some serious talents that the Panthers could use. 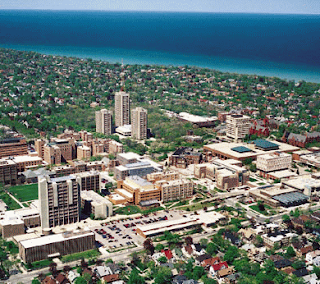 Porte can negate the offensive advantage of teams that have bigger front court size than UWM with his shot-blocking and put-back abilities, and, should he realize his incredible potential, he could be a rebounding machine at both ends of the floor. No word yet as to how bad the injury is, but I hope we see more of Burleigh this season- he could be the true big man UWM has been missing for many years. Let's hope his injury will not end his season- he is badly needed on this year's team.

The veteran players showed the poise and control that one would expect. Whenever things started to get out of hand (ie. UWM's lead creeping into single digits), Ricky Franklin (17pts, 8rbs), Avo (8pts, 8rbs, 5ast), Deonte Roberts (7pts, 5ast), Anthony Hill (12pts, 5rbs), Deion James, Kaylan Anderson, Charlie Swigget, and Jason Averkamp were there to make the crucial rebound, 3pt shot, steal, etc. to swing the momentum back to UWM. Other than some costly miscues (Tony Meier turned the ball over for failing to inbound the ball properly for instance), the freshman and JuCo transfers actually looked pretty good once they found their stride.

Tone Boyle had difficulty getting his shots to fall early on, but started to find his stroke late in the game- his defense was solid all through the night. James Eayres hustled well for the 300+ lbs he carries and created a virtual wall in the paint. I remember being similarly optimistic about Tim Flowers last year, but Tim's problem was height (Flowers was a generous 6'4"); Eayres is a definite 6'7" and his long arms can make up for what he lacks in vertical. 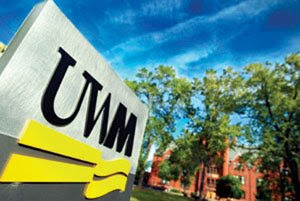 What stood out the most to me were the familiar highlights of the past two years. Ricky Franklin has been doubling his abilities every year- if you thought he was turning into a solid/reliable shooter last year- watch out. Ricky not only appears to be shooting better (and taking much better shots), but his defense and ball handling have improved exponentially (he was always the de-facto PG for the time he was in).

Deion James, Charlie Swigget, and Kaylan Anderson are all guards that we can trust with the ball in tough situations. Deonte Roberts slashed, stole, blocked, dished, and scored in just the same way that made so many of us proud to have such a freshman last season- only now he looks a LOT more under control out there. Averkamp showed the fundamentals as he always does- few mistakes, perfect execution of his role.

Anthony "Ant" Hill may have been the biggest surprise of the night. If Burleigh Porte doesn't become the forward we hope he will (or can't play this season due to his injury), there is a beast of a sophomore forward from Bradley Tech who can help make up much of the difference. Hill is a true post man now.

No more trotting out around the perimeter for futile low percentage shots and leaving his man wide open on D. Hill looked like a fierce competitor down low, and his post moves were striking in contrast to last year when he seemed to still be trying to figure the position out. Anthony will probably see a lot of minutes this year, and if he plays like he has shown he can- they will be well deserved.

Between Averkamp, Porte, Meiers, and Haggerty though- another big man or two will need to supplement Ant in the post. And last but certainly not least- Avo. I couldn't help but smile seeing him run the floor with the relentless tenacity that was the sole highlight of '06-'07 and was so sorely missed last year. Avery Smith does not seem to have skipped a beat. In fact, I think he's gotten better (scary-better). As soon as he can play in regular season games (the ISU game on the final night of the World Vision Classic in Ames, IA), the Panthers will have a deep, talented rotation of veteran guards that can out-match anybody else in the Horizon, and even give fits to many of our non-conference opponents.

Also, I failed to mention that the new court looks as advertised- amazing. It is light years ahead of the old floor in terms of advertising the Milwaukee Panther Basketball Brand. The team also donned shiny new gold home uni's which haven't been seen in several years. The gold threads will be used for all home games and the black for road games. This year, in order to prevent fans from scattering out into the corner and baseline "nosebleed" sections, seat covers have been put in place for games where the Cell's max capacity (11,119) is not in jeopardy.

It was hard to tell last night- the student section was the only section that seemed filled up; but I think that at games where the attendance is around 4,000-5,000, this improvement will make for a much cozier, lively atmosphere (which will in turn, make it tough on opposing teams). The student section has been moved to the north end of the floor as well- this can (and will) become a critical 6th man. It will cause more than a few turnovers and missed free throws for opponents in the final minutes of close games. I love the idea- let's just hope that the team can get hot enough for the student section to be formidable- game in and game out throughout the entire season.

A lotta writing for a scrimmage game I must admit, but, hey, there is a lot to cover and it has been a while since we've gotten the chance to see the Panthers in action. Not really a prediction of anything specific, but seeing the team- how far they have come since the "empty cupboard" season of '06-'07, the salvaged train wreck of '07-'08, and seeing the chemistry and talent here now and where they seem headed (especially how fast the game turned around last night when Jeter said "enough- now we win"), I actually have a very optimistic feeling about what might transpire from now until late March. It's been a long time coming.......... a change is gonna come.
'08-'09 UWM Basketball Anthony Hill Avery Smith Avo Deonte Roberts Exhibition Game Milwaukee Panthers MSOE Panther Hoops Ricky Franklin Rob Jeter US Cellular Arena