The March of the Panthers

January 16, 2009
Another league game, and another win for Milwaukee... UWM defeated Youngstown State 69-50 in a pretty sloppily played game by both teams, but YSU’s 27% shooting made this an easy game to win. 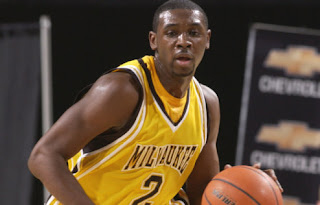 It’s too bad, because with CSU knocking on the door, a good “tune-up” outing in which the Panthers played superior on both sides of the ball would have boosted confidence enough to come out swinging from tip-off against the Vikings this weekend. The 1st-half woes continue. Your Milwaukee Panthers came out flat once again, but still managed to build up a 10 point lead going into the half. We maintained an 8 point or so cushion all game, and then turned up the heat down the stretch to torch the ice out from under the Penguins.

Avo (3-12 FG), Tony Meier (1-5 FG), and James Earys (2-9 FG (but Big Lumber did have 8pts and 9rbs!)) all had shooting off-nights. Meier, though still part of our starting five, has struggled quite a bit since his strong play early this season. It’s a concern to many, but really shouldn’t be. Meier is a freshman. He starting in his first year of D-I, and it will take time to fully transition. He has been plagued by foul trouble almost every time out since the Wisconsin game- that definitely limits our options.

Tony also is at a disadvantage due to his lack of size relative to the post players he is faced with each night- that will improve as he grows over the course of his career- Tony won’t gain 25lbs of muscle overnight or even by the end of this season… (but maybe 10lbs!). He will get back to being “Mega-Meier” anytime now, I would guess.

The legend of Big Lumber lives on… While Eayrs did not have the greatest game last night (James had swelling in his knee in the two practices leading up to Youngstown), he will likely be a force and definitely will be a huge factor in the Cleveland State game.

The Deonte Roberts of old was officially “in the building” at the Cell last night. Deonte had 12 points and 7 rebounds in 20 minutes- by far his best game of the season thus far. If he keeps it up (and we can start to count on Deion James for 3’s in close games), our bench could get very dangerous by season’s end.

UWM’s leading scorer was Mr. Tone Boyle (18pts, 3rbs)- Tone is steadily becoming one of the best Panther JuCo transfers in recent history (Avo is among this list as well- Smith, a Milwaukee native, played 2 years at Garden City Community College before landing back in Miltown). Tone is fundamentally sound in every way on the court. He and Ricky Franklin seem to create a sort of calming influence when the aggressive but sometimes chaotic floor marshaling of Avo and Deonte create anxieties on the floor that can often lead to turnovers and momentum shifters.

Last but most, Burleigh Porte has arrived. In 20 minutes of play (Porte's most all season by far), Burleigh pulled down 11 rebounds, had 2 assists, and 3 blocks. His lack of offensive ability is well-known, but we've got a slew of offensive players on the court at all times. Porte also needs to work on his basketball skill set a bit, but last night he showed exactly why Jeter's staff recruited him: Porte gives us a legit post presence. If Burleigh learns to play within his limited offensive ability/amazing defensive ability, and starts playing with an aggressive intensity- he'll be a wake-up call for a lot of opposing forwards when he gets off the bench. 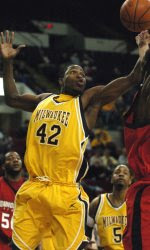 Cleveland State beat Sryacuse earlier in the season, as you may have heard. ESPN would have you believe that it was a miracle, come-back, “buzzer-beater” victory. The truth of the matter is CSU outplayed the Orange nearly all game- Syracuse barely tied the game with 3 seconds left and Cedric Jackson’s three point heave actually caused Cleveland State to win by 3 points. But that’s another story (about the media’s well-known and almost uniform lack of respect for mid-major programs- that is until March Madness (when the media makes it’s money off of the “Cinderella Stories”)).

Fact of the matter is that CSU is good. They were the Horizon League pre-season #1 pick, and Gary Waters is intent on putting the Vikings in that spot at some point, and putting the Panthers out of contention for the league title”. J’Nathan Bulock, part of the Bullock-Jackson tandem that anchors this Viking team, suffered what seemed to be a significant leg injury in Cleveland State’s loss at UIC last night. Whether he plays or not, the Vikings will give the Panthers their biggest conference challenge yet (though the challenge will be significantly steeper if Bullock is 100%).

Come out this Saturday and support your local college hoops team. Despite the inconsistent play from half to half that is plaguing Jeter’s dream of a 40 minute outing by these guys, UWM is on a tear so far since starting conference play (won 8 of last 10). Let’s hope that continues, because we cannot play Cleveland State like we played YSU and SIUE. The funny thing is, what with the success Milwaukee has been having while playing well below their capability, it makes you wonder how good this team could actually get.