March 07, 2009
The thing that makes yesterday's final loss of the season (barring an unforeseen invitation to either the CBI or the new CBSSports Mid-Major tournament) so frustrating, is that UWM actually played a good game. 40% or higher shooting? Check (26-58, .448). Multiple players in double figures? Franklin (10pts), Roberts (15pts), Avo (15pts), and Averkamp (10pts). Turnover battle? Only 10 of ours to 9 for Wright State. 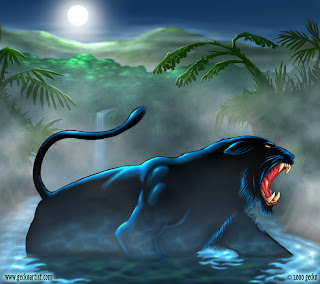 Almost all of the statistics for UWM and Wright State were virtual ties- except the point totals. The Panthers lost for only the third time in 11 tries when scoring 70 or more this season. Wright State was on fire- but the hesitant Milwaukee defense sure didn't help.

The Panthers started trailing early, and never could managed to grab and hold a lead against WSU. The first half provided some very quality offensive basketball. At times it seemed that neither UWM or Wright State could miss- from three or from mid-range. UWM tied the game at 39-39 going into the break, and they weren't prepared coming back out of it.

The Raiders surged to a 7 point lead, which doubled over time. The Panthers struggled to find the hoop during the first 9 minutes of the second half- in sudden death elimination of a tournament game- a hell of a time to go on a cold spell. On top of all this, James Eayrs was shooting 0 'fer most of the game and was being double and triple-teamed by the same Raider team that tied him up last week! And so it was, UWM faltered, fizzled, and failed to catch up. The final minutes played out with the customary fouls and rolling eyes and sighs from the losers (us).

80-70. Last time Milwaukee gave up 80 points was to Ball State 82-69, on November 25th of last year, before the conference season. It seems like our good game is no match for some of these other up-and-coming Horizon League teams. The Panthers needed their best to win this one, and it just wasn't in the cards tonight.

It is certainly logical to say that this season marked a big improvement for the team. It was an improvement yes, but at the current pace it would take another 2-3 years to get anywhere near where the Panthers were at just four and five years ago. 9-22, 14-16, 17-14. Those are the last three UWM season records. 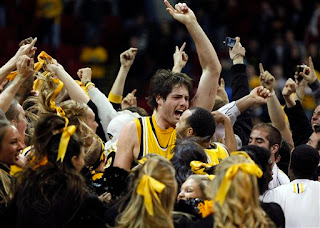 While it may not happen fast enough for some of us (including myself), it cannot be disputed that Milwaukee is a team on the rise. While it was encouraging to beat two tournament-caliber teams in Butler and Cleveland State (and even Wright State one can argue), next season's expectations should be set much higher. As said at the beginning of this season and even more true next year- we are veterans, no more rebuilding excuses. Green Bay, Cleveland State, and UIC ("preseason" '08-'09 HL champ) lose a lot- Butler and Milwaukee lose very little.

The Horizon League landscape will be much different next year, you can count on that. The opportunity is there. If this team can build up the necessary confidence and perfect their wide-ranging skill set, we could be perched back atop the Horizon- starting next season. If the team falters and continues to lose winnable games (or "find ways to lose") like they did so many times this season, it could be the Horizon League cellar for us- or worse, the "not bad, but certainly not that competitive" limbo state that seems to have settled as the season has come to a close. 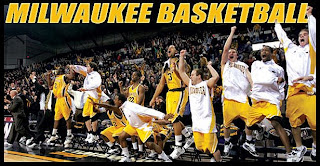 And two very skilled guards will be entering the UWM program as freshman. Lonnie Boga, a 6'2", 200lbs shooting guard from Florrisant, MO and 6'1", 170lbs Ja'Rob McCallum from Marion, IN will be the newest Milwaukee Panthers when official practice begins this fall, but could be on campus even sooner.

Word on the streets is that UWM is going to play in the '09-'10 Preseason NIT. If that is the case, it would be wise for this team to make a splash right out of the gates- like Butler has done in that and other early season tournaments in recent years. Marquette will be weaker and possibly ripe for an upset and Wisconsin should be upsettable as well. The schedule for next season has many holes, but if recent years are any guide- Jeter will schedule an even tougher non-conference schedule for '09-'10.

This upward movement seems like such a slow process, but behind the scenes the practice and recruiting and scheduling and film watching never stop. As they say in a lot of competitive organizations, "there is no offseason". These Milwaukee Panthers showed some potential this season- but even they will tell you that there is a lot of work to be done before they get to the top. Next season started today. 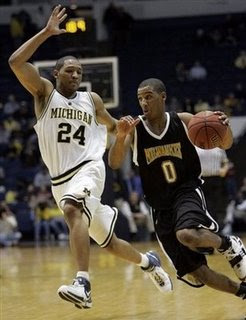 It cannot go unsaid that the entire Milwaukee Panther Basketball family wants to show our appreciation for the two players who have retired from the Panther ranks as they prepare for graduation. Avery "Avo" Smith and Deion James have probably played their last games in a Milwaukee Panther uniform.

It was a joy to watch Avo take over games in '06-'07- probably the only thing that made the games of that forgettable season worth watching. Then there was the suspension incident, and the indefinite dismissal. But when Avo proved everyone wrong, and worked his way back onto the team for this season, he was easily forgiven for his mistakes and welcomed back to the team with open arms, no bad blood.

Avo put up an incredible season this year, and showed us that he has gained another dimension or two to his game over the years. Avo's fantastic all-around numbers this season were very vital to the bits of success we did have: 11.4pts, 5.2rbs, 3.1ast. I am nearly certain that Avo will find a good job playing ball professionally overseas if he wants to; whether or not he wants to do that, or enter the job market in his field of study, is up to him. He has earned a pretty good choice. 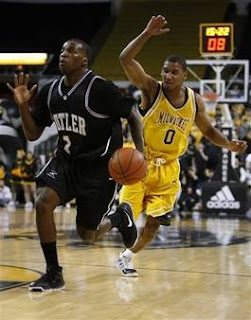 Deion James came to UWM as a transfer from Tulsa. Deion, like Avo, is a Milwaukee native. Deion showed us a whole lot in a short amount of time. I've no doubt that Deion would have a good shot playing at the professional level as well. From his most memorable games at Marquette and Valpo last year, to the UIC game winning thriller this year at The Cell, Deion was a tremendous player, and a tremendous person.

We will definitely miss both of these Panthers, and remember all the great moments they created for our entertainment. It often gets lost in the number analysis and the game critique, that while yes, we can be critical of players and coaches and teams, etc., we can never forget to take this thing called college basketball for what it is- a game. 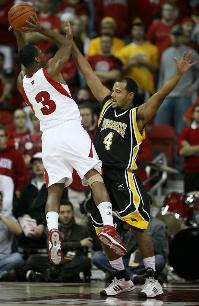 Too often people get caught up in letting "games" get too important and block out the other, far more important parts of our lives. Always remember that the kids playing down on the floor are just students, playing for their education and our leisure.

Indeed, despite the graduating players, UWM will once again have the pieces to succeed in '09-'10. What they do with that will be very interesting to watch. With all the teams around us losing pieces and us improving and returning most of our players, (other than the losses of Avo and Deion), it could be the Panthers' ticket back to the big time.

But that is next season, and this web log will go hibernate for now. I will be back next season, and will be sure to provide any noteworthy updates that I come across in the meantime and post it on MP Tracks. Did I say that I like our NCAA Tournament chances next year? Sorry! I'm going to sleep. Enjoy March Madness everyone. UWM will be back in due time.
'08-'09 Milwaukee Basketball '08-'09 UWM Basketball Bob Jeter Deonte Roberts James Earys Milwaukee Panthers Ricky Franklin