Though this was supposed to be the final tune-up before Western Kentucky and the NIT Season Tipoff that begins in a little over 24 hours- and for that it served it's purpose well. But it was technically a regular season game. I think we all hope that some of the rust has been dusted off, but also that this team will improve dramatically over the following few weeks. 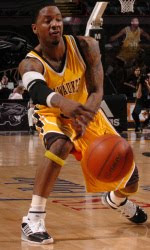 UWM committed only seven turnovers against Concordia- this alone is probably the stat Rob Jeter is most proud of. Each game since we kinda sputtered out of the gates against Stritch (sans Ricky Franklin mind you!), turnovers and ball possession (esp. ball hyandling and the making of intelligent passes that fit the Swing) have gotten tremendously better. So many games last year were lost on our inability to get a good shot or use a critical possession, because we turned the ball over so much.

While the usual play-makers had great performances- Ricky Franklin went off (21pts, 6rbs, 4ast) alongside James Eayrs who double-doubled things up with 20pts 10rbs, there are still some gaping holes in the team's game that could be dreadfully exposed in Baton Rouge if certain things things that haven't been going great in all prior games (perimeter D, foul trouble from Meier, bad FG shooting, bad 3pt shooting, and turnovers) are a repeated.

For kicks, here is a small outline of what I think Milwaukee will need to do in order to compete well (win 2+ games) in the NIT Season Tipoff :

Improve Shooting % from 3pt Land: 3-24, .125 - those were the "less-than-admirable" 3pt shooting percentages Friday night vs. C-SP at the Cell. At one point we were on an 0 for 15 stretch from beyond the arc!! It is heartening to see that we still won by nearly 20, but c'mon Panthers! Effectively shooting the tried and true (esp. in college basketball) lead-cutting, and momentum-building 3 point shot is going to a big piece of the (if not the) key to success for this team.

Continue to Wear Teams Down With Our Depth
In each of these first the games, we have seemed to show a confident ability to hold an 8-10pt advantage throughout mugh of the game, and then just leverage our depth down the stretch. Nobody but Franklin is playing more than 31 minutes, and against CSP- we had 9 players score (4 in double digits!).

Even the Stritch game seemed in hand for most of that season-opening night, despite the fact that it almost was a devastating loss. Wearing down the likes of WKU and some other contenders in the NIT, will be harder, but not impossible. Everyone sucks wind.. and when we boast more experienced bench players to jump in at a moments notice- that definately gives us an added advantage.

New Guys Stepping Up Need to Continue to Step Up
Ja'Rob McCallum has not broken into the rotation much, and seeing as his did not play in last Friday's game- he may redshirt for another year. On the other hand walk-on Patrick Souter, Lonnie Boga, and Jerard Ajami have exploded on the scene. Souter is a bit raw in some of his skills- but man, is that player fast!!!!!!!!

He reminds you of a taller, lankier Chris Hill at times. If Souter is only a freshman, he will only get better and may be the starting floor general at some point in the near future. In any case he, Ajami, and Boga are looking very confident and comfortable out there. If there can continue to improve (the trial by fire in Baton Rouge will be a huge test), we should have a solid guard core to rely on this season- even if Tone and Ja'Rob are to redshirt.

Ant Needs to Climb That Hill, Effectively Assert His Post PresenceThis seems like a broken record (wanting Ant realize his full- huge potential!), but it must be said yet again. If we are going be a dominant team, we need dominate forwards. We have a lot in Big James, and Tony, and Averkamp, but those guys can only battle against certain sized match-ups. To beat a major- we have to have our guys (esp. Ant) step up in the post without fear. A big part of this will start when Ant, should he decides, begins that big climb.

Visualize Success
Cliche yes, but the guys (probably know a lot more than we do) that this game against Western Kentucky is big time- and it will be a huge challenge to knock off the Hilltoppers. WKU is lead by the three-headed monster guard that is AJ Slaughter (he scored 16ppg last season and at many times willed his team to victory with sheer dominant athleticism).

And Slaughter isn't the only major weapon, I am told that Western Kentucky is a very athletic team- top to bottom. We will likely see, or hear, on the radio, ; ( several dunks if we allow them to play their aggressive, slash through the post style

WKU returns 4 of 5 starter's from last year's Hilltopper squad that reached the 2nd Rd. of the NCAAs- losing to Gonzaga on a buzzer-beater. 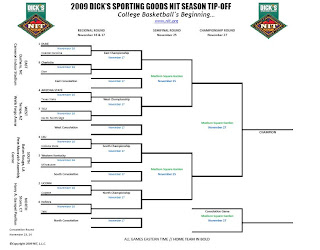 Western Kentucky has a long and proud college hoops history, and we are happy to have them on our schedule. This should be a good game- hopefully not a blowout either way. Let's hope that our Panthers can prevail tomorrow afternoon. Anything is possible in college basketball... and this budding experience and confidence the team seems to show each game, may put us over the top in a game like this.
Milwaukee vs. Western Kentucky
, November 16th, 2009
Baton Rouge, LA 4:30pm CST
Pete Maravich Assembly Center
Radio: WISN (AM 1130), TV: None
Regular Season Game 2