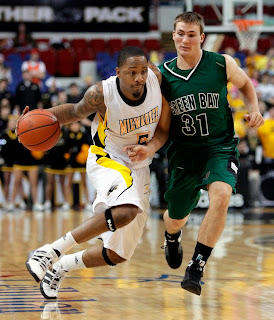 If James' knee is still bothering him- he was certainly not letting it show last Saturday afternoon. McCallum got in the mix as well scoring very timely 3s down the stretch. Every time UWGB attempted to rally, the Panthers seemed counter back with a UWGB momentum killer and then resume the drubbing.

It's impossible to get overconfident because we have seen this team let us down every time we think they are ready for prime time- but this game was abut the best played and most exciting (because of the abundance of UWM scoring) I have seen the Panthers play in years. The Cell actually came to life, which was as electrifying as it was spopky when I first noticed it went silent 2-3 years ago.

Jeter seems to think that this might be what propels us to the upper tier of the Horizon and into a successful season-ending conference stretch. Make no mistake though- this league is tough. It WILL be a bloodbath. 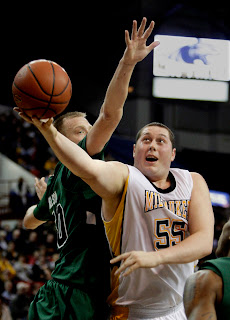 As many of you have probably also have- I have seen Detroit (Tuesday night, 7pm at the Cell) play, and my gosh they are one physical and imposing (not to mention impressive!) team. We will have the home floor, and hopefully some extra fans who were won over by our dismantling of Green Bay.

But what we will need to get the best of these revamped Ray McCallum Titans is most def. our A-game. Even more so than we had against the flustered Phonoex team we ran out of the gym last weekend.

Beat Detroit and heads around the league will start to turn- guaranteed. Lose on our home floor and we continue a plodding, apathetic season of mediocrity. This is League play now- where it counts the most. If we've any shot at winning the HL Tourney we must be among the top 3 teams (because of the way HL Tourney seedings are done).

So even though you have been frustrated (I have too!), try to get out to the Cell Thursday night. This game alone, (not UWGB), could be the one that vaults us into pole position and gets this team's mentality to the point where they expect to beat Wright State and Butler, etc.

Might sound laughable, but the way we performed last Saturday..... I believe this team still has a lot to shoot for, on the local, regional, and national stage.
'10-'11 Milwaukee Basketball Green Bay Phoenix Panthers Wisconsin College Basketball