January 15, 2010
Well the first half lived up to Panther fans' expectations. As expected, Detroit came out very strong but our defense seemed poised and our offense (basically Ricky Franklin- he scored 16 of his 22 points in the first half) was enough to keep the game about even. The lead was batted back and forth and the teams went into the locker room with Milwaukee barely clinging to a 3 point lead, 37-34. 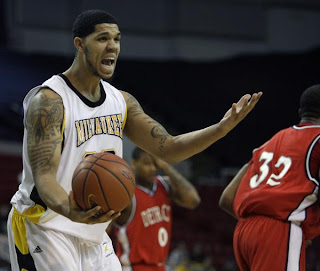 It wouldn't last as immediately after the break, Detroit quickly reclaimed the lead and didn't look back. Chase Simon (33pts on 15-24 shooting) absolutely demolished every half-hearted attempt at a Panther comeback. Simon was simply on fire as he hit uncontested shot after contested shot from everywhere you can possibly shoot on the floor. Add to that the bruising inside play of Eli Holman (15pts, 9rbs) and Xavier Keeling (20pts) and Milwaukee was forced into the role of lame duck for nearly all of the second half. What is most discouraging is that it didn't start off too bad- following a Big Lumber 3pt bomb shot, UWM actually led by 6 points just a few minutes into the final 20. 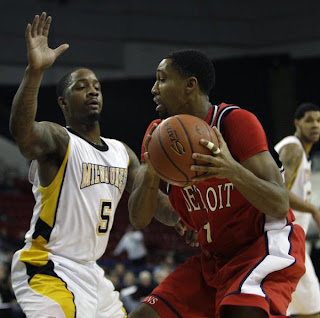 Detroit is dramatically improved from just one year ago. Seeing (live) really is believing! That being said our school, our Alma Matter, our hometown team showed very little heart in those final 20 minutes and didn't even come close to making a comeback down the stretch.

The shooting was awful (18-59... that's a "rollicking" .305), the defense broke down and allowed Simon to shoot from wherever he pleased (while Detroit seemed to listen to their coaches and lock down Ricky Franklin at every turn- limiting Rick to just 6 second half points), and the team looked demoralized far before it was officially over (we went on a 15+ minute scoring drought in the second half....). 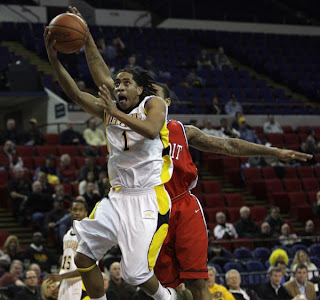 Had Tone and Ricky been there to trade long range bombs, we might have had a chance to get back in this one. But it was over at about the 14 minute mark (right around the time Simon was in the midst of his highlight reel of a Detroit run).

Ahh well. So it goes. This was our chance to even up our conference record and begin to make a push toward the top of the standings. Unfortunately the effort (was and) fell flat in front of the paltry announced attendance of 2,112.

The Milwaukee teams of these past 4 years have been a complete enigma. While each different in their own way (Empty Cupboard, Headcase Central, Average, "Hyped-up" Underachievers), they have all been completely unpredictable- almost from game to game. If the team that played last night was the same team that shot 55% and downed Green Bay it certainly wasn't evidenced by their play on the floor.

I don't know what to think other than (what most other fanatics are beginning to accept as final) that this is going to be just another "well, maybe we can make some waves in the Horizon League Tourney!" kinda years...

Wait 'till next year. It'll all fall into place next year. Just one more year. Wait until these recruits hit the ground runnin'! Sorry for all the pessimism but this team makes it hard to stay optimistic. Every chance we've had to prove that this is a great team (Preseason NIT, Marquette, Wisconsin, last night..., etc.) this team has come out lacking any real semblance of confidence or offensive/defensive coherence and laid a stinking rotten egg. 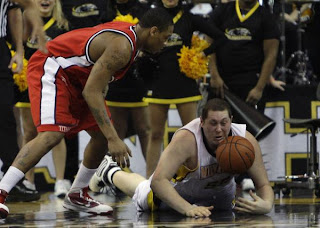 It's frustrating to see the season slowly flushed down the you-know-what when it doesn't HAVE to be that way. Sure it's not totally unpleasant (in a kissing your great aunt kind of way) to win around 10-15 games a year and make a pathetic early exit in the conference tournament. But it's not how teams under 5th year head coaches perform. It's not Milwaukee Panther Basketball.

Something has to give- either this team completely tanks and we start looking toward "Next Season" before this one is even in the books, or this team starts (consistently!) giving fans a reason to believe (and a reason to show up). Please spare us from Horizon League limbo- it's about as exciting as getting a root canal while watching CSPAN.