March 04, 2010
For those of you oblivious to 1990's hip-hop- forgive my flair for catchy nicknames and references to an awesome but forgotten era that many will never know or remember even if they once did know... but(!). That being said, the three Panthers in the title of this brief post are about as important to Milwaukee's 2010 Horizon League run to the NCAA's as hops and barley are to Miller beer. 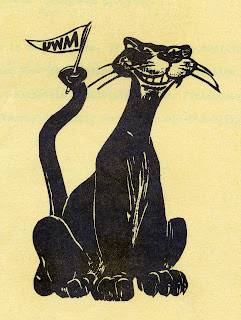 I am getting simultaneously excited and nervous about tomorrow night because I know, that while we have a very solid and seemingly underrated team who is finally in the midst of breaking out of their timidity shell- Cleveland State is no walk along Bradford Beach!

These guys are good. Their record may not show it, but a better glance into their season and individual player stats reveals a team that (much like us) has all the potential one could ask for in a league like ours, but simply failed to close the deal in several winnable contests (they also scheduled one of the toughest non-con schedules of anyone in the Horizon- that alone deserves R-E-S-P-E-C-T).

And no matter our fortunes this year (though I am very confident about our chances tomorrow night), next year and in the years ahead as the 21st Century trudges on, we will always have the very realistic chance of ending our futility against our city friends to the south and west- Marquette (as long as they continue to renew the current contract which ends in two years I believe). On that note, I leave you with a little bit of Milwaukee Panther Basketball national pub, courtesy of ESPN's (formerly SI's) Rick Reilly:

Now we understand here at the Court of Court Rushing that there are occasionally unusual circumstances. Therefore, here are the Official Amendments to the Ironclad and Unbendable Rushing-the-Court Rules. You can rush the court if: 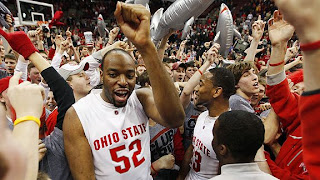 Not exactly the most "flattering" reference to UWM, but hey! After 4 years of wandering through the forest, we'll take any nod we can get! (and I will most certainly be storming the Miller Brewery after a win over MU next year at the CELL!!!)

The Friday Night (Gym) Lights will flicker to life in the Hinkle Fieldhouse in less than 24 hours.... This is what it's all about folks. Tune in, tune in, wherever you can- the Horizon League's streaming games are actually very well done and very easy to access from your home computer. This is going to be a game that will define Milwaukee's season- for better or for worse. Let's hope and believe these Panthers can make it to the 3rd Round. Despite their being entirely out of sorts for most of the UIC game Tuesday night, I think these Milwaukee Panthers are due up for a stellar performance against the Vikings.