Oh When the Panthers Go Marching In (to Indy)

March 03, 2010
Well, so far so good for your Milwaukee Panthers in the Horizon League Tourney. The Panthers sent UIC back to Chi-town last night with a loss, after a hard-fought game in which it took the freshman (esp. Boga and McCallum) and the bench in general (which scored 32 of our points) to gain the upper hand. 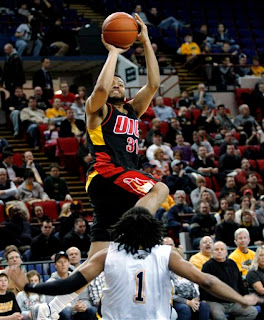 UIC was relentless and kept on picking themselves back up every time we would go up by 8-9 points in the second half. Robocop Kreps scored 20, and Buchanan, Buttel, and the outstanding freshman Xavian Neely pestered the Milwaukee defense all night. In the end though, the better team rose to the top and held off a frantic comeback effort by the Horizon League cellar-dwelling UIC Flames.

Milwaukee had four players reach double digits (Boga-12 (and 9rbs), Eayrs-12 (and 10rbs), Hill-12, Averkamp-10), and shot a decent .422 from the field (and .368 from three). A pathetic 21 turnovers almost did the team in though- fortunately UIC built a brick house this particular evening (.358 from the field, .269 from long distance), and Big Lumber came through big time when it mattered most. 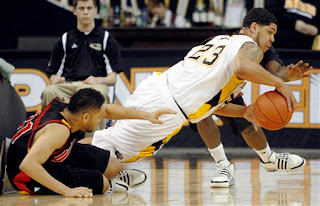 Shortly after Rick fouled out (Franklin had battled foul trouble all night and so did not get anywhere near his usual 38-40 minutes) with under two minutes to play, UIC trimmed the lead to just a single point. Ja'Rob McCallum (likely feeling the weight of the season on his shoulders) missed two free throw shots that would have helped seal the victory, but much to the amazement of the 1,900 spectators who decided to witness this first tournament battle for the Panthers, James Eayrs corralled the most crucial offensive rebound of the season thus far, and after being immediately fouled by UIC, (with ice-water in his veins apparently) sank both free throws to give Milwaukee the final advantage, 73-67. My how the season doth turn around for the better!

These Panthers seem to be riding a wave of momentum unlike anything we have seen from them all season. We are not crushing opponents, but we are winning (6 of the past 7 games in fact). It's a strange and almost foreign feeling, but it just seems like the players have that confidence that has been sorely lacking in recent years- they actually expect to win- every single gol' darn game. No more moral victories, or "almost-victorious" consolations, these Panthers are actually getting it done. 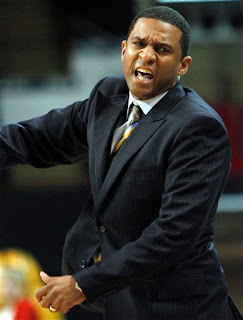 The second round presents us with a challenger we have beaten and should have swept in Cleveland State, this Friday night at Butler's Hinkle Fieldhouse in Indianapolis. Unfortunately, the game is only viewable (at Hinkle and..) via the Horizon League's website. CSU will no doubt be a tough match-up. Stopping Norris Cole and their pressure defense is no small task. I do know that the team is still bitter over the last-second 3 that Cole sunk to defeat UWM when we played them in Cleveland earlier this year. We won convincingly in Milwaukee though (69-59), so if nothing else we can be confident that even in a losing effort, we will not get run out of the building by the Vikings.

But that is foolish talk! There is absolutely no reason these Milwaukee Panthers shouldn't win this, the biggest game for the Panthers since our 2nd Round loss to Wright State last year. Let's send Gary Waters and co. home with the same bitter taste our team had leaving Cleveland in January. I got a feeling........ Friday night's "gonna be a good, good night".
'10-'11 Milwaukee Basketball James Earys Jason Averkamp Panther Hoops Ricky Franklin Rob Jeter UWM