Haarsma, Allen on board as '10-'11 season and foreseeable future begin to shape up nicely

May 26, 2010
The University of Wisconsin at Milwaukee wound up as the school of choice for two highly sought-after transfers. James Haarsma and Ryan Allen will don the black and gold for the Panthers next season- however due to NCAA transfer rules, only Allen will be eligible to play right away (Haarsma will be eligible in '11-'12). Both transfers have 2 years of NCAA eligibility remaining. 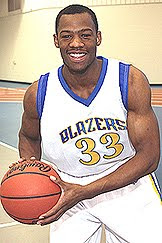 
Haarsma, a 6'7" forward known for his tenacious D and keen inside presence (Haarsma posted numbers of 10.8pts and 7.1rbs last season in the MVC) hails from Racine St. Catherine's in Racine, WI and is transferring to Milwaukee by way of the Aces program in Evansville, IN (James played ball with Kaylon Williams in '08-'09).

Ryan Allen is coming to Milwaukee from the JUCO ranks (at Vincennes in Indiana) as a 6'3" guard also renowned for his defensive abilities (on top of that, Allen averaged double-digits and almost 3 assists per contest at Vincennes).

By any standard, these recruits look very solid (on paper).

Said Allen of his decision to touch ground in Milwaukee after meeting and playing with the team at the Pavilion:


"Those guys . . . I was surrounded by a group that wants to get better... That was important. I wanted to be around some guys like me because I do plan on playing after college and I saw some guys that really wanted to improve and get better. You've got to have success when you surround yourself with a whole group of guys that wants to get better and improve... we're going to gel and win." 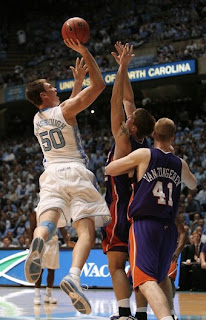 James Haarsma is in middle, defending


Here's to hoping those last 7 words ring true. In any case, if you need another reason to believe in (or at least be marginally excited about) the Panthers '10-'11 campaign, keep this is mind: 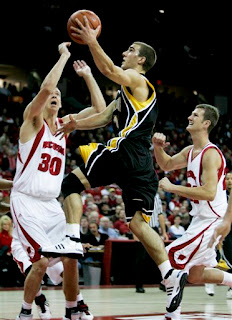 
Whatever your team affiliation or level of college hoops interest- this will be a Panther Basketball season you will not want to miss. Message!
'10-'11 Recruiting James Haarsma Milwaukee Ahtletics Milwaukee Basketball Panther Hoops Ryan Allen