August 03, 2010
At last Panther fans, the '10-'11 season is almost underway. All in the past week, the official roster for this upcoming season has been announced and details about a privately-funded, NCAA-sanctioned overseas trip to Italy are beginning to emerge. 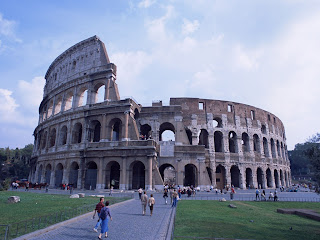 Let's not forget about about the Italy trip! Having been in the works for over three years (twice postponed) This 10 day excursion to the Italian peninsula is a perfect opportunity for Milwaukee to get a head-start on the season and do the usual rotation fine tuning that has usually taken place during the exhibition games and even a few non-conference games in season's past.

It can be frustrating for fans to see rotations be "experimented" in what we perceive as critical games (ie. any regular season game in or out of conference), but the fact of the matter is the coaches do not know what is going to work until the guys go against real competition.

Scout teams and practice match-ups against ourselves only do so much- after a while most everyone knows what to expect from the players on the roster and the scout team. Match-ups and unpredictability is the name of the game during the regular season... this Italy trip should pay huge dividends in that regard. 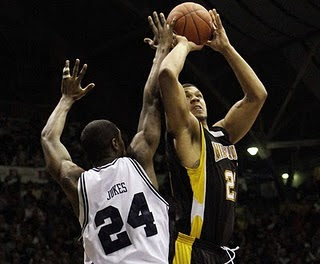 Trips like this are allowed to take place every 3 years for D-I programs, and the Panthers last overseas trip was in the summer of 2003 after the program's first ever NCAA Tournament appearance (that 1 point 1st Round loss to Notre Dame still stings..), which, coincidentally, ushered in three straight Horizon League title seasons, including an NIT appearance in 2004, the Sweet 16 in 2005, and the 2nd Round loss to eventual champion Florida in Coach Jeter's inaugural season at the helm).

Will this kind of trip automatically translate into that kind of success? I don't think even the most optimistic among would have those kind of wild expectations. But it has been proven that teams who get this kind of "pre-season" allowance traditionally perform better on the court after returning stateside.

Additionally, it cannot be left unsaid that this trip will have a certain intangible team chemistry effect that could solidify the '10-'11 team's cohesiveness- cohesiveness is after all, an attribute of all great teams. The players on this team are undoubtedly excited, and though the purpose of the trip is to improve the team, many of the players will get their first (and possibly only) chance to visit a foreign country (half way across the globe no less!). It is truly a once-in-a-lifetime experience. 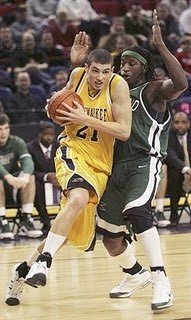 It will be an incredible journey and though the outcomes of these games vs. the Italian teams mean next to nothing, we will still be rooting for Milwaukee (if only as we await the box scores as radio is not likely to be available and even if it was, not many of us speak Italian!). 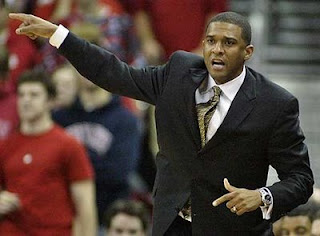 We all wish the players, the staff, and everyone else accompanying the team on this voyage a safe and enjoyable trip. And we will eagerly await the stories and a battle-tested and Italy-approved Panther basketball team back here in Milwaukee.