August 09, 2010
Milwaukee Panthers coach Rob Jeter got a big-time helping of good news this afternoon when it was announced that 6'10" Brodhead Cardinals senior forward J.J. Panoske has decided to don the black and gold next year when he transitions from a superb high school basketball career to the D-I level. 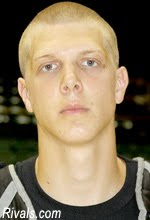 He's a big man who can shoot from downtown and he is only beginning to assert his low-post skills. Panoske is said to have a tremendous upside (meaning his best is yet to be seen) according to ESPN, Rivals, Wissports.com and various other recruiting outlets. J.J. is currently ranked #3 in Wisconsin's class of 2011 high school prospects.

ESPN Recruiting describes Panoske as such:

"This long and lean forward has great upside. Panoske makes his presence felt on the defensive end with his ability to block shots. He has excellent timing and is active enough to block multiple shots in a single possession. Panoske is very mobile with a solid skill package."


Panoske decided on Milwaukee over offers from Bradley, Colorado State, Evansville, Toledo, and Green Bay. Other solid programs had shown interest and may have been near offering, but the city of Milwaukee's attractions, the Panther coaching staff and the opportunity to play close enough for his father to attend his games were too much to turn down.

Panoske joins bruising Evansville Aces' transfer James Haarsma (currently on the team but awaiting his 1 year NCAA layover) in Milwaukee's 2011 recruiting class. As if the possibilities of this upcoming season weren't exciting enough, next season is already starting to look up. Now if Shaquille Boga joined the Panthers.... Look out Horizon League! 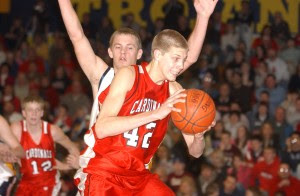