October 23, 2010
I could be wrong and many will think this theory absurd.... but one thing I really like about this team is that several of our players (and coaches) seem likely to have that instinctive "underdog" hunger and drive to prove themselves to Milwaukee fans and Horizon Hoops observers and prove certain other people wrong. 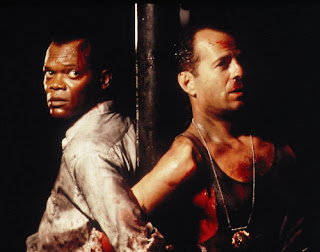 You can also assume the controversial statements and highly critical articles about the Milwaukee AD and the Panther Basketball program specifically by people like OMC's hyperbolic stone-thrower Dave Begel, a few Journal-Sentinel writers and UWM's own SA* has not been lost on Rob Jeter, Brian Bidlingmeyer, Duffy Conroy, Chad Bourdreau and the rest of the Milwaukee staff.

Here is a list of just a few of our many talented Panther Basketball players any or all of whom I think will exceed expectations due in no small part to the fact that they have been overlooked or unduly criticized in the not-so-distant past...


Kaylon Williams: Clearly wanted Iowa or Iowa State to offer after he left Evansville. This did not happen (though both schools tried to make an eleventh hour plea before KW decided on Milwaukee), and I think that stung a little bit. I believe Mr. Williams will be on a relentless mission to silence his doubters- with a vengeance.

Mitch Carter: Essentially coached out of the South Carolina program by being given minuscule minutes (which also obviously affected his eligibility as he could have and should have been red-shirted one of those years). Mitch knows he has some proving to do. I think his former USC coach Darrin Horn may have a lot of egg on his face before the end of this season..

Anthony Hill: While most of the criticism came early last season and the two seasons before that, it is no secret to regulars of the Klotsche Krazies Discussion Board that Mighty Ant Hill  (before being hailed as an Elite Horizon League forward) was regularly pilloried for being "too slow", "not a banger", "lacking post precense", having "slow feet", "no FT shooting ability", "dumb shot selection", etc. I think Ant has already proven many, many people wrong about his potential and he will likely continue that trend this season.

Tone Boyle: A year away from D-I action has many people wondering if he will return to form or will be hobbled by his back problem that shut him down for all of last season. I think Tone will (figuratively) answer that question very early in the season with a resounding, "I'm Back". Green Bay Press-Gazette writer Rob Demovsky's (good writer, but I totally disagree with his analysis of Tone) suggestion that Boyle has poor shot selection and is a "chucker" and a negative for the team in close game situations will only fuel Tone's fire on the court.

Tony Meier: Suffered a Sophomore slump last season. Do ya think he isn't dying to return to his Freshman form or better?  The Tony Meier Sophomore Slump is a myth. Nearly all of his numbers other than 3pt % went up from his Freshman season- but he was on the floor 8 less minutes per game, which led to the perception of a Sophomore Slump. That perception remains... so yes, he too will be out to show the Horizon (and UNI/MU/UW/etc.) that he is the same ol' Mega Man he has always been, and he's only getting better.

Ja'Rob McCallum: After being named Sporting News Horizon League Freshman of the Year in '09-'10, J-Mac may not even begin the season as a starter (which says a lot about our depth). Do you think he isn't out to prove that he is even better than that accolade and worthy of a starting spot this season or in each of the next 2?

Lonnie Boga: Also a phenomenal freshman season, and yet he faces seeing his minutes from last year stay about the same. Big Boga's only way to increase his workload is to prove it on the court. He has shown he is capable of doing just that, and I think we'll see some amazing play out of Lonnie this season. He knows we are loaded at the guard position and he has to fight to get maximum PT. Fight he will, and I suspect he will prove to be one of the keys to a successful '10-'11 Milwaukee campaign.

Kyle Kelm: Recruited by Marquette, Minnesota, Purdue, Wisconsin, Iowa, and Milwaukee early in his HS career. But when Kyle broke his foot before his Junior season, most everyone but Milwaukee bailed. Rob Jeter stood by his side and kept his scholarship offer open. I think Kyle is going to show his gratitude for that Milwaukee coaching staff faith in him as well as show the coaches who left him in the dust that they made a big, big mistake by assuming his foot injury was a career-ender.

My personal (hedged) expectations for the season?


Yes, I am a Krazy optimist. But it's a fact that no one ever became a Champion (or got to the NCAA Tournament) by aiming for 4th place (or 7th place by some media projections) in the Horizon League. I think the players and coaches probably share that view. For the first time since fall of 2005, we are going into the season deep enough and talented enough to make it happen.

Does anyone else ever step back and take stock in the fact that we were literally a couple foul calls and a couple of minutes away from beating the NCAA National Runner Up in the 2010 HL Semifinals?

Like that corny (but oh-so-true) Adidas commercial- Impossible is nothing. Less than 2 weeks....

*which is worse than all others combined- I cannot for the life of me believe how UWM's own current Student Association can have absolute zero pride in their school and a complete lack of memory ('00-'06) and foresight ('Now).... fortunately not all of the SA is against Milwaukee Athletics, and the ones who are, are just playing pretend politics. There is also a very strong majority of UWM students, alum, staff, and supporters who's views they don't represent and who are behind the university, the AD and this team 100%.


BREAKING UPDATE: Milwaukee's #1 (and long-time) recruiting target for the Class of 2011 has committed to attend UWM and play for the Panthers. Show-Me State HS Basketball Standout and 5'11" 170lbs true PG Shaquille Boga joins 6'10" forward J.J. Panoske in what figures to be one of Milwaukee's best recruiting classes- ever. In just these past 2-3 years, this Milwaukee Panther program is literally getting exponentially better with each recruiting class. MPT Story on Shaq Boga's commitment will be up in a day or two.
'10-'11 Milwaukee Basketball Anthony Hill Kaylon Williams Mitchell Carter Panther Basketball Rob Jeter Tone Boyle