November 21, 2010
Call them Mr. Warpath and Mr. Clutch. Anthony Hill (17pts, 8rbs, 4ast, 2blk) continued on his senior season warpath with a dominAnt performance on both sides of the ball. Tone (12pts, 2rbs) was once again the offensive spark plug this team thrives on but this time also the game saver.

Fast Forward to the 2:44 mark in this clip to see Tone's unbelievable game winning shot
We played well from the outset. Kaylon Williams (6pts, 2ast, 5rbs) effectively marshaled the offense and headed up our defensive front. We did a great job of not giving them any good inside looks. UNI shot almost exclusively from 15+ feet in the first half and much of the second. After leading Northern Iowa most of the night by between 6 and 10 points, UNI began to start making a strong run in the latter part of the second half. To complicate matters, our go-to post man Anthony Hill fouled out with just over four minutes left in the contest.


Post-game Q&A with Ant, Tone and Coach Jeter... Courtesy of Milwaukee Athletics
UNI's Kwadzo Ahelegbe (14pts, 5rbs) missed all four of his 3pt attempts, but he seemed to nail every other shot he took inside the 3pt line. He was a big part of their comeback attack. Chip Rank came up big several times for UNI (that is one athletic 6-7 forward if I've ever seen one.. it's no wonder we recruited him).

Northern Iowa continued to narrow the margin until we found ourselves notched at 63 all with under a minute left. While I remarked to myself that the Cell seemed unusually unenthused to to this point in what was our first home game of the season, the crowd came to life in a big way when the team needed that huge sixth man.

With the crowd volume cranked up and everyone in stands not wearing a UNI shirt watching while standing on pins and needles, Kaylon brought it up the court. The clocked ticked down to 08, 06, 05, 04.. 02.. Tone caught the hand-off pass at the top of the key dribbled twice to clear some space for a shot.

He found an opening 2 feet in front of the 3pt line opposite the scorers table, and let fly the most beautiful dagger one could hope for last night. Milwaukee went up 65-63. Pandemonium was briefly muted as a foul was called (or we called a timeout?) and Northern Iowa got a break to write up a final play.

Time seemed to be in slow motion (or the scorer didn't start the clock right away on the inbound), and UNI raced up the court, dished to 6'6" veteran forward Lucas O'Rear at the FT line... but Ryan Allen (7pts, 5rbs, 2blks) was right there for the (also game-saving) rejection. The true Panthers prevailed, 65-63. Pandemonium resumed.

This game was played at a much slower pace than the Niagara, Portland or FAU games. Our offense was as effective as it needed to be. Our defensive looked very solid. The most telling stat of the night is the fact that we out-rebounded UNI 37-27 (8 of those were the offensive type). You can't not love the way Ryan Allen just stuffed (all-ball) O'Rear's last ditch attempt underneath the top of the key to tie. That is the kind of play a very, very good team can make to slam the door in an opponents face. Very exciting way to win.

Oh and and a good update on the free throw bug- we seem to be finding the basket from the line again. Ant was a perfect 5-5. Tony Meier didn't make a shot in his only attempt, but he made 5-6 of his foul shots. Ja'Rob MCallum was 4-6. As a team we shot 76.2% on 16-21 from the FT line. If we can keep up anything close to that (around 72%-ish), we will have no trouble leaving too many points on the board in games this season. 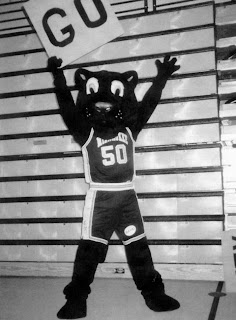 Western Michigan is up next in the 2010 Retro Night, where the Panthers will don uniforms from one of the past squads in Milwaukee Basketball history. The Broncos are coming off a brutal 18 point loss to our conference neighbor to the south, Loyola. You can take that as a sign of their not being very good or a sign that (maybe Loyola is pretty good and) that WMU is looking to rebound and take some Horizon League revenge out on us.

I sure hope our guys are prepared. The Klotsche Center is almost certain to be at max capacity. The paid attendance for last night's game was 3,752 and we may have become an attractive ticket for some Milwaukee-area folks who watched the TWC broadcast.

I think with the combination of the team in the midst of a 3 game winning steak, coming off a win over a very good MVC team and the game being in the middle of campus amongst a good 15,000 people on any one given Tuesday afternoon will assure us a healthy home-court advantage and create some much-need on-campus buzz about the program.

Every effort should be made to ensure not only that we sell this game out, but that a high percentage of the attendees are students and faculty, who may have heard whispers of UWM having some very successful basketball teams last decade (2003-2006 to be exact), but haven't really given going to a Panther basketball home game a second thought. 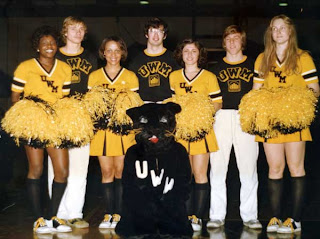 This game should be much less about making money and more about getting an idea of how an on-campus arena would work out. And to that end, UWM should make every effort to let students, faculty, and East Side neighborhood residents know that they have a Division I winning basketball team in their own backyard that provides the best free /cheap (students are free... general public admission starts at $10) sports entertainment you can find in Milwaukee. Advertise this like it's a rock concert. Western Michigan should feel the full wrath of our huge student body and alumni base. But we must win in order to hold on to that support if it is given.