November 15, 2010
The '10-'11 Milwaukee Panther basketball season is officially underway. Now we can put all those prognostications and theories away. The real stats will tell the real tale from here on out. Judging from our performance in the Athletes in Action Tourney... your Milwaukee Panthers seem to have a little bit to work on before we can call them true Horizon League contenders. 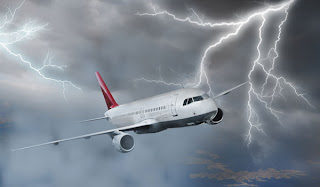 The Portland Tourney was rough, but hopefully some valuable lessons were learned...


The Portland game unfolded almost as badly as one could imagine in a nightmare of how this season would start. Hearkening back to a couple games last year where we could not hit a single field goal for literally 7-8-9 minute stretches, the Panthers (1-2, 0-0) failed to score nary a field goal in the first 10 minutes of the game (if they did I must have sneezed and missed it!) and allowed Portland to build up an virtually insurmountable 19-2 1st Half lead.

As it turns out, it was an insurmountable lead. The Panthers came out of halftime strong and fought back to cut the lead to within 9 points three times in the early second half, but never got any closer and dropped the opener by an embarrassing 80-60 final margin.

The Pilots played faster, more efficient, and smarter than we did and deserved the win. Their suffocating and well-executed defense made our team "uncomfortable" as Jeter put it, throughout most of the game. Portland is no pushover- but they also aren't a team that we should lose by 20 to. I don't think we should (or will) lose to anyone (else) by 20 or more points this season. Every single game on our schedule is winnable. With our talent, size, and depth- that is not just me grasping for some window dressing- that is the honest truth.

Saturday's game had us pitted up against the Florida Atlantic Owls of the Sun Belt. The Panthers got off to a better start this game, but severe problems at the free throw line (15-34, 44.1%) kept the win out of reach. Ant (15pts, 8rbs), Tone (16pts, 5rbs) and J-Mac (13pts) paced the Panthers in this stinging 72-60 defeat. Guards Alex Tucker and Greg Gannt lead the Owls with 18 apiece. The head-scratching takeaway from this game? Had we made 70% of our FT's... we likely would have won this game or at least taken it into OT. Instead, we got the 9 point loss.

But with these early season tourneys at least redemption is only 24 hours away...The Panthers (finally) came out swinging against UC Davis on Sunday. Except for Lonnie Boga- he came out like a bulldozer ready to crush the competition. Boga carried this team on his shoulders and said, "No way" to the notion that this team would just throw it in after two tough losses. Stat line for Boga please? 16 points, 13 rebounds, 2 assists, and a steal. And most of this was in the 1st Half! Super impressive to put it mildly.

From beginning to end, we manhandled UC Davis en route to a 73-62 win, only letting up briefly late in the second half. But for some late mental miscues, we could have beaten UC Davis by 20 points. Gotta shut 'em down early and never let up! We also had six players score 7 or more points. But admittedly.. UC Davis did not  look as good as Portland. Maybe about as good as FAU. Until this team proves it can play with anybody.. the jury will very much still be out on what exactly this bunch is capable of.

This is not to say there weren't some signs of encouragement this weekend... Tony Meier impressed and is more physical than his first two seasons. Ant seems to have it in his head that he has to put the ball on the floor before every shot and struggled mightily from the FT line.. but other than that he looked very much like the dominating post player we came to know and love watching in the 2nd half of last season. Kaylon Williams has quietly amassed an impressive average in most of the important categories (7.7pts, 3.7rbs, 4.3ast, 80% from the FT line). He just has to take better care of the ball (10 TO's already) and lead the troops like only he knows how.

Tone Boyle definitely had to shake off some rust in the Portland game, but he now seems in season-form. Once Tone becomes the 3-point Autobot we have seen him transform into, things will trend up big time for the entire offense. Boga, well, his awesome all-around performance in the UC Davis win shows you what he is capable of this season and beyond. Kyle Kelm is picking up a lot of minutes, and is not shying away from the challenge (Kelm had 3pts, 7rbs, and 3ast in the Portland loss).

Ja'Rob continued his scoring parade when he saw the floor and came away from this weekend with only a single turnover. Ryan Allen was hot and cold on the weekend. If the coaches can find a way to best utilize his unique skill-set (plays the guard but jumps higher than most forwards can get and doesn't shoot from the outside much), he will figure to become a bigger and bigger piece of the puzzle.

To become the kind of team a lot of people were hoping we had (and the kind of team I KNOW we do have), these Panthers need to significantly improve in some key areas. In my mind the most important things to correct are:


1). DEFENSE: It is the one thing that will win us a championship of any kind.

2). FREE-throw shooting: this will literally lose us games if we don't improve to at least around 67-68% as a team.
3). DEFENSE (this aspect of the game cannot be stressed enough). Defense will get us where we want to go. 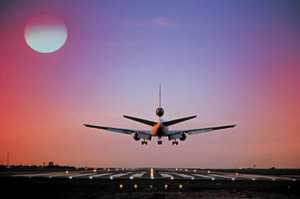 Will it be a smooth landing after Wednesday night?
On to the Niagara game this Wednsday night. This will be NU's first game of the season and Milwaukee's fourth in six days. The team played hard (if not well) out in Portland... they are certain to be less than 100%. But I think if we can play our game- 1/2 court sets of inside-outside action with post-ups and high percentage outside shots, we will be fine and continue along on the winning track (a nice winning streak maybe?). 2-2 sure sounds a lot better than 1-3.
A win would allow many Panther fans who feel like the excitement that was (as recently as last Friday morning!) brewing for this season is turning out to be a lot of fool's gold will be able to step back off the ledge a little bit. We didn't get off to the best start, but we are merely three games in people!
Tune in to WISN 1130 for the call. Tip time is 6:00pm CST, but there will likely be the usual Panther pre-game segment beginning at 5:45pm.
Can this highly experienced, but still-gelling team put the two embarrassing losses in the rear-view? Let's hope so.
GO PANTHERS!!!!
Anthony Hill Kaylon Williams Milwaukee Panthers Rob Jeter Rob Jeter Tone Boyle