Law of Averages Comes to the Rescue

December 12, 2010
It finally happened. Your Milwaukee Panthers shot lights-out- from everywhere on the court- from opening tip to final buzzer. We played a complete game, and earned a well deserved road win and momentum as the team makes it's way back to the Midwest. 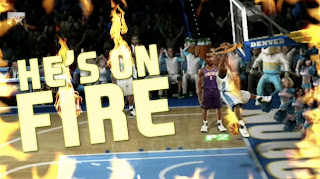 The Panthers (5-6, 1-1) ran out to an eight point lead early on three three pointers and but for a brief lull here and there in the late 1st half, pressed the advantage on all through the game. Panther three pointer after Panther three pointer (we nailed 14-23 for 60.9% from 3pt range) drowned out the Jackrabbit crowd of 2,000 or so at the Frost Center in Billings, SD and we dribbled out 30 seconds of clock to seal the deal, 82-70.

After the stinging defeats at the hands of Cleveland State and Wisconsin, a dominating performance like this was very refreshing and could be the beginning of a turnaround for Milwaukee. We had stars(!) galore last night.

1st among all stars of the game was Tony Meier. Meier tallied 19pts (7-11 fg, 5-7 3pt), 7 rebounds, and an assist, a steal and a block a piece. It is unreal how consistent Tony has been and how he seems to be getting better as the critics of the team and the coaches and the program get louder. Last night it looked like everyone else was following suit...

Ja'Rob McCallum scored 16 points and drilled every single one of his four 3pt attempts. Kaylon Williams, night and day from his game against the Badgers, scored 14 points, grabbed 6 rebounds, dished 7 assists, and scooped a pair of steals (which accounted for a third of of SDSU's 6 turnovers!). Tone Boyle scored 12 points and had 3 rebounds. Ant scored 9 to go along with 4 rebounds and 4 assists. Lonnie Boga had 9 points and 4 rebounds, and like McCallum, Boga also connected on every single one of his (3) 3pt attempts. 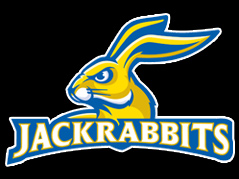 Griffan Callahan led all Jackrabbit scorers with 20 points. South Dakota didn't play terrible (they posted only 6 turnovers to our 15). We just shot the net on fire. We won't see a shooting performance like this every night.... but this may be a sign of a sharp reversal in our shooting trend. If true, that is very encouraging sign. The main thing this team has lacked in every single loss but 1 (Marquette)- has been shooting. Fix the shooting problem and this team will succeed.

A game like last night's may have been the perfect opportunity for us to finally "get rhythm". I watched the game online and visually but for a rash of turnovers, we seemed to be very fluid on both ends of the court. There was no confusion- everyone knew where everyone else (teammate and opponent) was on the court- and we opened up high percentage (wide-open) shots on almost every possession. The turnovers are costly though- they almost allowed SDSU to creep back into the game in the second half.

Our next contest is against DePaul of the Big East. DePaul is 3-6 against a fairly ho-hum schedule, and this (like any other on the schedule) is most definitely a winnable game. But the Blue Demons are a big team, and will be looking at us as easy fish food before their contests against the likes of West Virginia, Syracuse, and Pittsburgh when their Big East schedule begins. 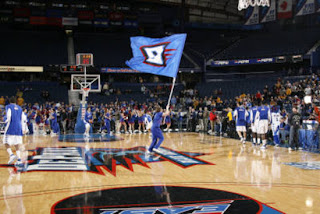 We cannot make mistakes. And we can't count on shooting 60%+ in every statistical category (though it would be nice to see a repeat of last night's supreme marksmanship from the Panthers). DePaul plays in the All-State Arena just 2hr drive from Milwaukee and surrounding suburbs. If you live within driving distance, consider making the trip. The team can use all the support we can give them to help turn this season around and back into high-gear.

The last time we played in the All-State Arena was in March 24th, 2005. We lost in the third round  (Sweet 16) of the NCAA Tournament, 77-63, to eventual NCAA Runner-up, Illinois. Seems like ages ago, I know. But maybe some of the magic we left in that building that night can be recaptured with our return and help us pull out the win.