Like a Hurricane: Panthers Battered and Beaten Down by Wright State, Lose 68-44

December 30, 2010
The beat goes on with the unpredictability of your Milwaukee Panthers. While we came out with some impressive offensive intensity/accuracy (if not defensive poise/fortitude) in the first half at the Nutter Center... it would not at all carry into the second frame. 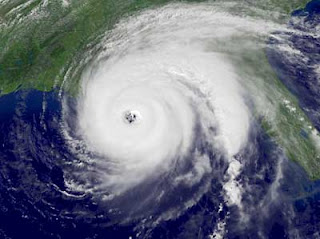 We went into the visitors locker room down 40-29- a disappointing, but very manageable margin to overcome. We ended up looking like the D-III team "Northwood" that the Raiders battered 75-55 earlier this season. Ultimately we fell- and fell hard (68-44).

We are not an early season "prep-game" team- we are better than this. I don't really know how many times I can say that, but I find myself saying it yet again (it's the truth- for analogy, if the 2010 Packers were to lose this coming Sunday and miss the playoffs- can you really say, they are a "bad" and untalented team? Hell no- they are an extremely talented bunch that couldn't close the deal in (now 6- hopefully not 7) games)..


Though I admit this analogy falls apart when you consider that the Pack has at least lost by a score or less in each of their losses... We haven't been so fortunate to make our losses nearly as close.
Tony Meier provided our lead in scoring (15pts) and Cooper Land of the Raiders had a career night with 21 points. The first half was shaping up to be a showdown between Meier and Land, but in the end the Panther side of this equation was just a sideshow to the Wright State faithful (and don't call me a traitor or a hater- it hurts bad to type that).

It's not some sort of complex riddle- we have lost every time we've shot less than that magic number (including all blowouts- look it up). When we shoot over 40%- we win (or we at least provide entertainment for the people who buy our tickets or spend time following our team).

As one of the biggest defenders of this program since 2006, I'll admit, it is becoming harder and harder to find the silver lining. We cannot keep giving the impression that we are not fighters. We are fighters, but we keep melting down at the first sign of trouble.

But a loss like this on the road certainly cannot be attributed to lack of fan support (or to that end, "home court advantage"- the Great Recession had US Cell attendance figures in the normally well-packed Nutter Center tonight (or it appeared that way to me at least))..

I don't mean to be a downer- but sometimes tough love is the only way to get the message through: what we are doing right now is working less than 50% of the time. This is not the way would-be champions play.

Though in the depths of despair, with the '10-'11 Panthers Dr. Jekyll and Mr. Hyde approach to the season, it would not surprise me one bit if this team makes some (maybe very) big splash wins before the season is over. The sad but true fact is- time is running out on this season. The chance to make this a successful (ie. "winning") campaign are dwindling with every loss, but seem increasingly dimmer with every blowout .

It's tough, but all we can do is hope the team trudges on and can somehow alchemize the less-than-average season we've had so far... We've got some gold deep down in this roster, but for whatever reason it has yet to manifest itself for more than a few 5 or 10 minute stretches in games.

Of course our game at South Dakota State is an exception- that was the kind of team we expected we'd have this season.. but our mind-boggling shooting stats that game are unlikely to ever be duplicated again this season.

When we are down in games and start experiencing adversity, we have to find ways to win. But in order to put ourselves in a position to do so, we have to be at least within 10 points in the final 5 minutes which, in nearly all of the blowout losses listed above- we weren't.

Some of us will always love this team- even if we were to go 6-25 this season. But, Milwaukee Panthers- many, many borderline fans wanna love you, but they keep getting blown away (and not in a good way... but rather a Neil Young "Like a Hurricane" kinda way).
Milwaukee Basketball Milwaukee Panthers UWM