Your Milwaukee Panthers did it. Faced with the biggest challenge of the fast-expiring season they battled to the final seconds with the league-leading Valparaiso Crusaders last night. But it was Milwaukee (16-11, 11-5) who emerged victorious when the all was said and over. 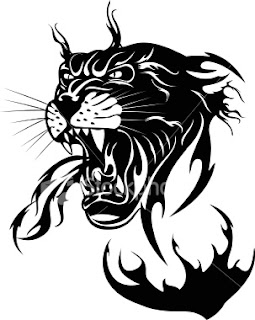 The Fire is inside the Milwaukee Panthers right now.


These Panthers deserve some big-time credit. Valparaiso was as tough a challenge as any this year- and we knocked them out of first place. The game can be summarized by a pair of runs (we went up by 10 mid-way through the first half... then Valpo went up by 10 in the early second half) and a final 7 minutes that went straight- down- to the wire...

Tone Boyle was firing on all cylinders from the three point land (5-10). Ant had our inside game working on both sides of the floor. Tony Meier (queue!) hit yet another pair of huge shots in the second half to help Milwaukee secure this big, big victory.

Kaylon Williams stepped up big when the chips were down for a couple momentum-shifting triples. And not-so-little freshman big man Kyle Kelm also hit a pair of 3's to bolster the Panther attack. 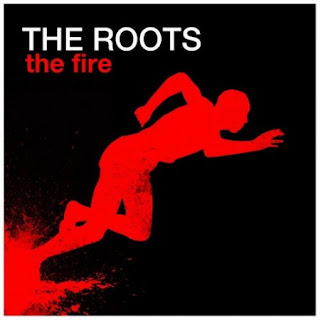 The Fire we have seen from this team may be hard to extinguish... Find out Saturday night.


Brandon Wood was automatic in warm-ups (something like 10/12 from what I saw him shoot in 5 minutes before the game) which worried me. He turned out to be automatic for most of the game (thankfully not when it counted- Wood missed three 3's in a row before the final minute (back to that in a sec).

Ryan Broekhoff led the other side of the Valpo charge. Broekhoff and Wood combined for a whopping 44 of Valpo's 76 points. Wood was 4-11 and Broekhoff 4-9 from 3pt. They were a serious force to be reckoned with- both shot well over 50% form the field. Those two seemed to keep Valpo either ahead or in striking distance every time we tried to make a run late in the second half.

And the officiating... I realize some officiating crews are the type to "let them play", but allowing constant defensive contact on the ballhandler (not not calling a Tech on the totally unnecessary mid-air clothesline of Ryan Allen after he had already dunked the basketball) was more than a little bit unfortunate. 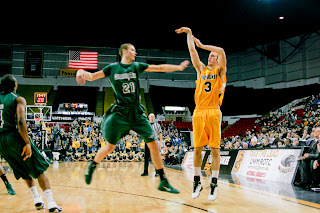 Kelm has been making big contributions in his first season as a Panther.


Overall though- this was a great game. It was the best atmosphere (students and general ticket buyers) at the Cell since I can remember ( Spring of 2006?).

Oh, and that final minute.. Tone Boyle (player of the game no less- Tone scored a career high 28 points) missed two crucial free throws- just one make would have made it a two possession game. Valpo, down by 3, charged up the court and eventually found Wood on the Northwest perimeter of the court- and what else, he drills a 3 to tie it.

A timeout was called. Milwaukee came back out with a brilliantly drawn up and executed screen for a Tony Meier cutter- straight to the hoop. Meier not only nearly jammed the final victory points- he got the foul. After Meier hit the free shot to put us up by three once again. Valpo got a tic-tac foul from the refs though and Howard Little converted on two FTs to cut our lead to a single point.

Tony Meier got fouled immediately, and to the anxiety of the crowd- missed both attempts. The Crusaders had 17 seconds left- more than enough time for a good couple shots (or better yet a trip to the line). But it wasn't to be. They did run their offensive strategy to a "T", and found a man cutting 3 feet from the hoop. 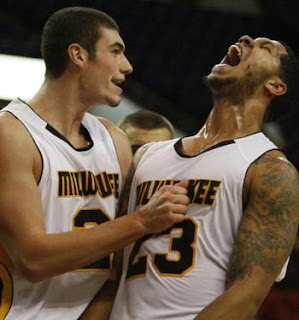 This is the fired-up emotion we hope to see more and more of on into March.


One bunny went up- and bounced out off the back of the rim. To make matters more frantic for Milwaukee fans, Valpo then grabbed the offensive rebound! And what seemed like the dagger in our season went up- and bricked again!

The Pathers prevailed after Kaylon stole an inbound pass. And that- was all she wrote. Panthers hold sole possesion of second place in the Horizon (due to their sweep of Butler), and are closing fast on CSU and Valpo. Time will tell, but this team seems in no hurry to slow down.

The Buffalo Bulls (3rd place MAC East) are up next in a hardly-hyped Bracketbusters match. Both teams seem to be treating this as more "prep-game" than a serious matchup with consequences. Maybe that will work to our advantage.

But no matter who we have to rest or how much this doesn't affect conference- we are going to play to win the game. This Panther team has several people on the bench who have started several games- that is not true of too many D-I teams.. 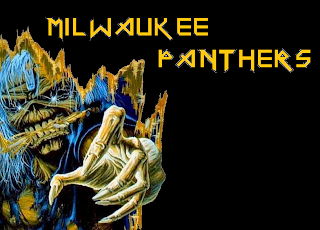 Milwaukee Panthers- Back from the Dead and very, very Intent on Revenge and the Title.


Just something to chew over Panther fans- but get this: if we win out (because of tiebreakers and our sweep of Butler), we are guaranteed no less than a #2 seed in the HLT and thus a double-bye straight to the Semifinals.

If Valpo slips up in the process- the HLT could be hosted at the Cell as well.. Nice dreams, yes- but not impossible. All we have to do is take care of business and keep playing like we have been.

Hey Panthers- how is that for an incentive to play like a horde of restless beasts?

Cleveland State is miles away.... Let's just take care up business in upstate New York this Saturday night and see where that added momentum can carry us next, right?