The Giant of Milwaukee

March 07, 2011
The biggest Milwaukee Panther Basketball playoff game in years lived up to it's hype (we were just 1 point favorites in Vegas), and the U.S. Cellular Arena was filled with nearly 7,500 screaming Panther fans.
After Butler took out Cleveland State in a slug-fest to begin this Semfinals night, we knew it was: win and face the 'Dawgs one more time. Or: go home, wait for the NIT, and watch the Horizon League Championship game be played in Indianapolis, IN- yet again.
The Panthers made it very clear that they aren't done having fun hosting this league tournament right here in Brew City. 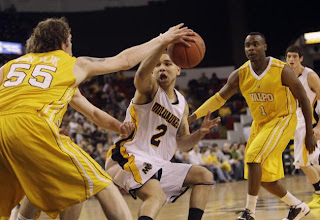 
Brandon Wood kept Valpo in the game as the Panthers played excellent defense on the normally sharp-shooting Brian Broekhoff limiting him to just 1-11 from the field and 0-5 from beyond the arc.

Milwaukee was clearly in control for most of the game. Valpo claimed the lead for a couple of brief moments, but for the most part, our Panthers retained a 3 to 8 point winning cushion throughout, but could never build up a "comfortable" lead.

Letting your opponent hang around like that though can often yield disastrous consequences. Fortunately, we ran the floor when we needed to. I'd say we played 35 minutes of excellent basketball and had 5 minutes of mental and physical fatigue.

Anthony Hill posted a double-double (24pts, 11rbs) and combined with Kaylon Williams (15pts, 4ast, 6rbs) Tone Boyle (9pts) and Tony Meier (15pts, 4ast) to deliver the bulk of our offensive punch while the entire team played incredible defense to limit VU to just 63 after they put up 88 on Detroit just two days ago.
The streak is no fluke- chalk up Milwaukee's 10th straight conference victory. Your Milwaukee Panthers pulled it out, yet again, defeating Valpo, 70-63.
The UWM students, alumni and the general Milwaukee public were out in full force to back these Panthers- and they were LOUD. My challenge is for everyone to be 3x louder this Tuesday. We should be doing everything we can to rattle Butler right out of our gym. We must drive home the fact to Butler that we are the #1 seed- and that the Championship Game is not in Indianapolis anymore. 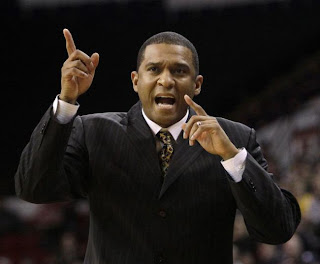 
Milwaukee (19-12, 14-5) now faces just one more league foe in Butler, in what figures to be a very fierce battle for the 2011 Horizon League Tournament Championship this Tuesday night. With our regular season sweep (one blowout here at the Cell, and one OT thriller in Indianapolis) beating this year's Butler team is not something new.
But Butler, like Milwaukee, is on a very hot streak as the season has wound down. And from national runner-up to now, they stare at the scary possibility that if they don't beat us, they may not even return to the Big Dance. They will likely get an at-large, but it may depend on the score of this game if they lose. Nothing is guaranteed when it comes to at-large bids. 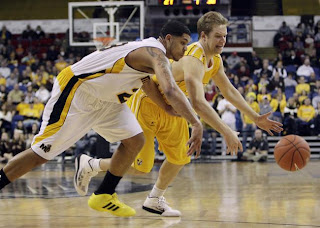 
Both teams have a lot on the line. But I hope our team and our fans realize that this game means more to us than any other game in the past 5 years. This game means more to us than it does to Butler- and because of that, I believe we will fight harder. For Milwaukee- this game is about the ultimate redemption.
This game is about the culmination of a long-term cultivation of resources and talents in the pursuit of achieving the ultimate goal- a perennially competitive Milwaukee Panther basketball program that anyone who cares to follow- can care about, be a fan of and be darn proud of- year in, year out. 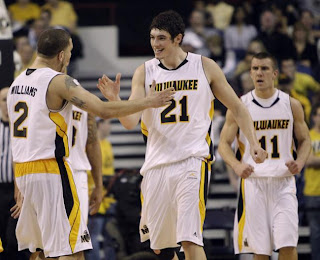 
My fellow fans who were there last night know how exciting it is to see pure Panther Basketball excitement fill the Cell from floor to rafter again. That was nice- but there were still about 3,000 empty seats in the 11,000 seating capacity the Cell. But this is merely following a pattern. In 2005 and 2006, we had about the same Seminal attendance (8,653 and 7,502 compared to last nights' 7,431).
The Championship game attendance in those years vs. Detroit and Butler, respectively were 10,783, and 10,021). And the Cell holds just 10,783, so in other words- you should probably get your ticket ASAP, unless you want to wind up in the rafters- or worse, not get a ticket at all.
This one is for the Golden Ticket. The crowd will most definitely be there to boost the team- but the team must also pick each other up and relentlessly leverage the fact that this Butler team, quite frankly, is scared of us.

We have had no fear for some time now, because we have been treating every league game in these past few weeks as if they were elimination games. Once we caught fire, the team realized they could get the #1 seed and bring the HLT back to the Milwaukee. They did just that- and after beating Valpo, the Championship and Auto-bid is now in reach. Without fear- we'll grab that opportunity and run with it.

The sleeping Giant that is Milwaukee's fan base has awoken. Expect a record crowd Tuesday.
So this is it Panther fans. After this Tuesday night we could be joyfully awaiting the NCAA Tourney selection show, or we could be dejected at failing the final and biggest test a team can take in a Horizon League season.
No matter the outcome, we should all hold our heads high, as the already unexpected accomplishments have skyrocketed miles above and beyond most people's wildest expectations when the chips were down for this Panther team.
But we saw the spark after the loss at Valpo. And those "flashes of greatness" earlier in the season have become 40-minute stretches of greatness and something to expect from this team.

When the Panthers get on a roll and the cylinders begin to click (keep in mind, Ja'Rob and Tone are both due for a big game), and the crowd gets into it Tuesday night............. look out 'Dawgs.
Like it or not Butler- the '10-'11 season did not lie: this Horizon League is no longer your doormat- and never will be again.