A Season to Vault From

March 18, 2011
Our good great run to end the season finally and officially came to an end at the Welsh-Ryan Arena in Evanston, IL in a 70-61 loss to Northwestern in the first round of the 2011 NIT. 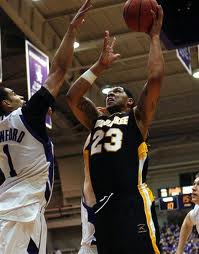 NU beat us on their home court, but this season was a redemptive success
It was a tough loss and we got down by double digits early and couldn't recover (much like the Butler loss), but we actually shot better than NU. The battle of the boards (esp. the offensive type- NU was 16-6 on us) and turnovers (which we lost 16-10) proved to be our undoing.

All good things come to an end.

You cannot be disappointed in the way this '10-'11 season turned out. No matter which way you slice it or dice it, and though a lethargic start to the season tried the patience of the Panther fan base, this team exhibited an unreal almost two-month display of resilience to boost the moral of the program, the fans and the university. 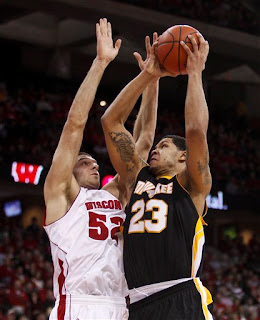 Ant Hill, one of Milwaukee's best post men ever. Horizon League 1st Team.
Milwaukee (19-14 (14-6)), proved the naysayers wrong, chipping their way to Regular Season Horizon League Champion status and hosting the "Return of UWM" that was the was the 2011 HLT Tourney. The Championship first half and eventual loss was tough to stomach.

And yes, the Valpo Semifinal game was more fun to see- but remember Panthers- we hadn't hosted the Horizon League Tournament since 2006 before this! And our consolation prize for winning the regular season title tie-breaker? An invitation to the NIT- for the first time since 2004. 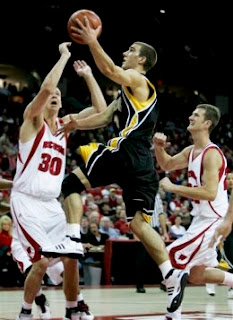 From injury to back, to BACK, Tone Boyle and co. engineered this Panther Hoops Machine.
This season isn't one to grow on, it's one to vault from.

Milwaukee made us proud. And Milwaukee will continue to make us proud. It's because of guys like Ant and Tone as well as the post-2006 greats that came before them that we are now optimistic about the future.

And it's also because of other Panthers who may have played less minutes or been less visible, but who are every bit as responsible for this success we now enjoy.

For this team and this program, things are looking very, very bright on the Horizon and the future battlefields that lie beyond. But in the moment, let's celebrate the '10-'11 accomplishments of the Milwaukee Panthers.