March 11, 2011
And so it had to be. The battle-tested Butler Bulldogs who have several players on this year's team who just one year ago were dancing on the biggest stages college hoops has to offer were not at all rattled by a rocking Cell packed to the gills with boisterous Milwaukee fans (a near-record 10,437 were in attendance). 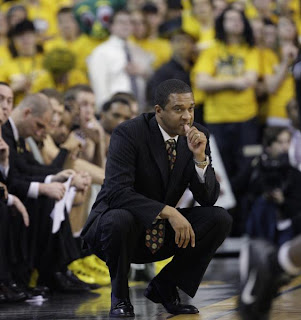 So we dropped the ball in the big one. Does anyone remember where we were at on 1/21?


Instead, they seemed very comfortable and poised for winning the battle and absolving themselves of their sole regular season sweep at our hands- running up what would turn out to be an insurmountable 17 point lead in the first half- and limiting Milwaukee to just 20 first half points.
But it wasn't so much Butler's dominance as much as our own (semiautomatic at times..) shots-in-the-feet that did us in this past Saturday night.

In fact, despite the Bulldogs big-time game experience, I think we the fans may have been able to alter a decision or two or drown out the undeniably good on-court advice of Brad Stevens or communication between Howard and Mack amongst the talented Bulldog troops.

But every time the Milwaukee student section, surrounding alums and other Milwaukee fans in attendance began to ratchet up the high-pitch din and beautifully coordinated chants- Howard or Hahn would hit a trey. Or Mack would hit a big shot (or drive the lane and dunk on us like he was 6'8" and not 6'3").

To Butler's credit (and they cannot deny it was a big part of how they beat us)- they literally silenced the crowd of 10,000+ at each of the few critical junctures we were able to cling our hopes upon. 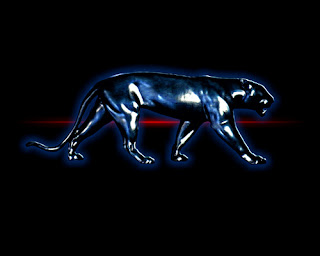 The Milwaukee Panthers march on- into a very promising immediate and long-term future.
Milwaukee fans jealous of Butler and Stevens and all of their undeniable and long-running success (in addition to what is left of the Bruce Pearl hangers-on) need to remember- we have a great coach too- and he is getting better each season.

For all the guff the coaching staff has gotten for slow (but steady mind you) progress and continued struggles in the early non-con portions of every season since '05-'06, they deserve major credit for getting us this far (and it ain't over yet!).

The thrill of completely changing the face of our season with the stunning turnaround since the loss at Valpo and then improbably having Milwaukee host the Horizon League Tourney after a half-decade hiatus far exceeds the crushing disappointment of dropping the final. 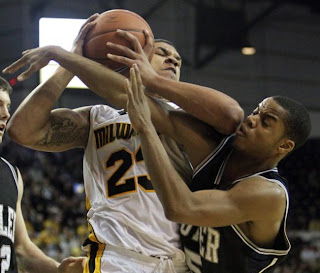 Anthony Hill has more games to play. NBA, Europe- here is an outstanding FORWARD.
I don't mean to sound trite- but by all rights- we shouldn't have even been in the Final what with the inconsistent way we had played earlier in the season. But we found that consistency and immediately caught fire- and the rest is now history.

And though the sting is still there for us Milwaukee fans- I don't think that fire was completely doused by this tough championship game loss to the defending NCAA Tournament Runner-up, Bulldogs. It's hard to admit, but goshdang, they are Bulldogs and they are battlers- throw them a bone.

I am a Milwaukee fan, but you can bet you bottom dollar myself and many other Milwaukee fans will be pulling for Butler to advance in the Dance. My prediction? Sweet 16 at the very least. The Dogs (like the Panthers) are a lot better than their record suggests.

You want a recap? Several are all over the internets (and we all know I'm not too good at recaps- this blog is all about program boosting and fan sentiment and musing on the topics less-discussed (outside of fan discussion boards)- you know, those "between the lines" kinds of things that everyone thinks about- but that do not show up on stat sheets or game previews/recaps. 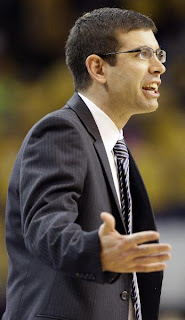 Brad Stevens may not be Horizon COY again, but his Dawgs are dancing again.
I don't want to get ahead of things- but as PantherU.com pointed out, based on recruiting and strides in experience by the coaching staff and '11-'12 returning players, the Milwaukee Panthers Basketball program is in position to shine bright for years to come.

Is anyone else just dying to play the Horizon Championship game at the Cell again next March 2012- but instead of being awed by the experience and slow to start- come out guns a' blazin' and win it?.

But that will be up to next season and fall on the shoulders of guys like Tony Meier, Kaylon Williams, Ja'Rob McCallum, Lonnie Boga, Ryan Allen, Kyle Kelm, James Haarsma, Ryan Haggerty, Christian Wolf, Evan Richard, Shaq Boga, J.J. Panoske, and others (who knows, maybe even Larry Nance Jr. or another high school/JuCo phenom looking for a winner to get a free education from and play college ball for?).

Potential recruits who (are team players and would like to get exposure they feel they may end up deserving and) would like to play ball after college should know- McDonald's All-American Ray McCallum Jr. chose the Horizon League over the ACC and the Pac-10 and it has turned out pretty well for him so far.

Ray Jr. was selected as 2011 Horizon League Newcomer of the Year and the Horizon League streams free video feeds of every single game- NBA and other professional scouts (and parents who can't make it to every game) watch a lot of those games.... 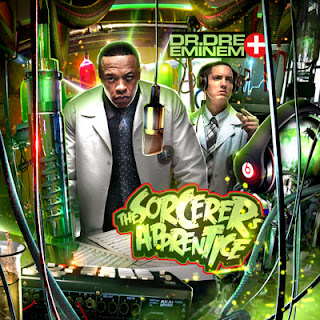 Our amazing seniors' apprentices learned some serious sorcery to use now- and '11-'14+
But that is the future! Back to the here and now. I want our seniors to go out on a GREAT NOTE- and although they can't go to the Big Dance... the NIT provides an incredible and nationally-watched opportunity to showcase their skills, experience and maturity one more time around.

These seniors are a big part ("the Doctors") of how we came back from the abyss to bring the Cell and the great City of Milwaukee "back to life".

Thanks to our regular season sweep of those Dawg Gone Bulldogs, despite the fact they had fate on their side and bullied us in our own gym in the finale, all is not over for '10-'11.

Your Milwaukee Panthers' season is still very much alive. Anthony Hill, Tone Boyle, Jerard Ajami, and Mitchel Carter earned this NIT bid. Had it not been for our incredible 10 game league winning streak to end the season- their careers as Milwaukee Panthers would be over. 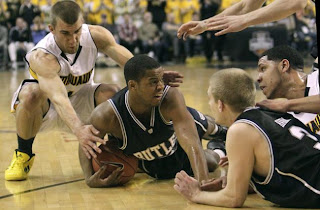 The 50/50 balls just didn't go our way. Butler (I HATE to say this) wanted it more- and got it.
But the show must go on- and if we can get back to our winning ways- this team could be showcased at the Madison Square Garden in NYC and once again- on ESPN in prime-time (not a bad consolation, eh?)

It's too bad that in what seemed destined like our time to shine in March madness again (or at least make an appearence), we came up a few close calls, a few bad decisions, and a lot of missed shots short (true to form- we shot under 40% and lost (12-40 for 30% on the night)).

But so it goes. A team has to win and a team has to lose. We could have dropped the Semifinal- but we battled and earned the biggest downtown college hoops stage in 5 years for these fans and this city. The student section was literally about 30% larger than in '03, '04, '05, or '06 (yes, we hosted the Horizon Tourney 4 years in a row back then...- and we can do it again).

Approx. 3,000 students were there- I hope we can see at least 1/4 of them next year during the regular season games. Many of the students at UWM may be fair weather fans- but when we win and start doing it big- they will come out in the kind of flocks and droves that rival some of the biggest student sections in the nation.

Ja'Rob and the guard corps will be back- their shots don't miss much these days..
A Horizon League Regular Season Championship and our program's second ever NIT Bid is nothing to be down about. And our odds at advancing in the NIT are a lot better than they would have been in the Big Dance. I know, I know. I would rather lose in the 1st round of the NCAA's than advance to the 2nd Rd or Elite Eight of the NIT.

But who knows? If we keep winning- these guys keep playing. And believe you me- they know they are playing for another (and hopefully another and another) extension to the season. No one wants it to be over yet. 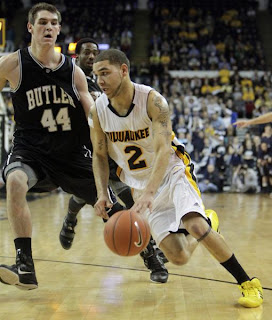 K-Dub should be back to his usuall Dub-Dub self next Tuesday and beyond...
And if we can somehow find our rhythm again (ie. shoot over 45%, reduce turnovers and preventable mistakes, have Meier, J-Mac, Tone and some others (Kaylon, Lonnie) hit big-time 3's and get the Ant machine cranked back up to full gear)- who knows what could happen? I definitely think this squad has a lot of gas left in the tank.

The Big Apple should be the goal. Even winning a few to make waves and get back on the national airwaves.... now that's somethin'. 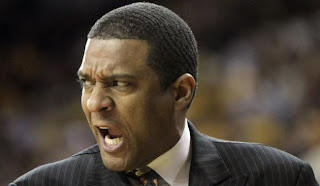 Jeter and the storybook '10-'11 Milwaukee Panthers are not finished. NIT-bound.
An NIT Championship to erase the pain of Butler stealing our Horizon League thunder and changing our season's destiny? Now that's stuntin'.