April 27, 2011
The tireless coaching staff of your Milwaukee Panthers have completed the assembly of yet another stellar recruiting class for '11-'12. With the LOI signing of two junior college transfers- 6'7" PF Demetrius Harris of Jacksonville, AL and 6'2" sharp-shooting SG Paris Gulley of Peoria, IL- Milwaukee has filled every positional need for the upcoming season.

Both Harris and Gulley will have two years of NCAA eligibility to play for Milwaukee. 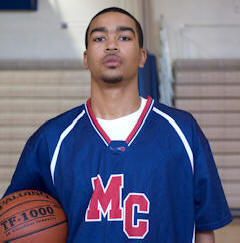 Shaq Boga will begin his collegiate career in Milwaukee this coming Fall
Harris figures to combine with James Haarsma to help form a strong post presence that will attempt to replace the huge void left by the graduation of Anthony Hill.

These two late signees join both heralded McCluer (St. Louis) HS point guard PG Shaq Boga and 6'10" Brodhead (WI) PF J.J. Panoske, as well as two other Panther faces that many fans may have seen on the bench and during warm-ups, but not during any games last year. 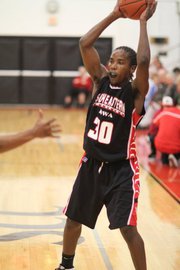 Paris Gulley shot nearly 46% from 3pt in two seasons at Southeastern (JuCo)
James Haarsma had to sit out a year after transferring to Milwaukee directly from Evansville due to NCAA transfer rules.

And Evan Richard, despite his scorching shooting touch, had both his defense to work on, and also had a lot of guys in front of him (including Tone and Jerard), which forced the mutual decision to have him take the red-shirt last year.

Both Haarsma and Richard will begin their Panther careers as well- they are virtually part of this immensely promising incoming recruiting class. 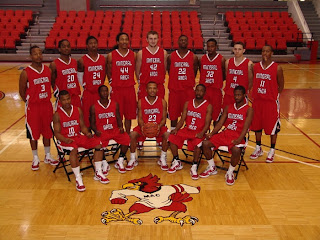 Known as a bruiser in the block, Harris is #22 in this JuCo team photo
With Tone, Ant, Ajami, and Big Mitch Carter on the way out, the Panthers have to replace that scoring, experience and leadership. Fortunately, with this class and their respective talents and high growth potential, I am hardly going out on a limb when I say, "we will be just fine".

In fact, I think we'll take it a few steps further than this past season. I believe our reliable depth at every single position is going to trump the individual weapons most any other Horizon team tries to bring against us. With the future looking as it does now, it sure is an exciting time to be a fan of the Milwaukee Panthers. 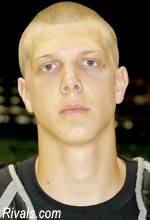 6'10" J.J. Panoske figures to be a thorn in the side of Horizon foes
Maybe with the "revelation" that Rob Jeter is irrefutably a very good (and relatively sought-after) head college basketball coach, more and more fans who remember the magic of 2003-2006 will jump back on board and make '11-'12 as special as it deserves to be.

With the way the team came just one game away from the NCAA's in the final months of the '10-'11 season, they surely have earned some support from the Pearl era dead-enders and naysayers who previously thought Rob Jeter could never take this program to the highest of heights.

It can happen. It will happen. The only question is- will you be there to bear witness?