'11-'12 Season On Deck.. Will the Reigning Horizon League Champs Up the Ante? 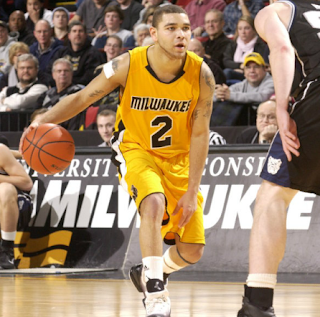 It’s pretty amazing to realize that UWM has had the same coach in place since April of 2005. Our program boasts the most stability at the head coaching spot in all of the (increasingly relevant) Horizon League. To have an established "Jeter" system and a team assembled with recruits who are taylor-made for that system is an invaluable status to have and one that few coaches with less than a 3 years under their belt can take comfort in.

For Jeter, will this seventh season at Milwaukee be Lucky #7? There is little doubt that Coach Jeter has built this program into a perennial Horizon League contender. But for many fans, especially those fans spoiled by the unprecedented run of success under Bruce Pearl’s four-year reign in Milwaukee, anything short of an NCAA Birth is a failure.

We have all heard the chorus of detractors pine for “the good ol’ days” and dismiss even last year’s regular season Horizon League Title and NIT appearance as all well and good, but hardly anything to be proud of...

This all being said, while I’m quick to trumpet the many successes that have built this team into what it is today, I am as disappointed as the next die-hard Panther fan that we have been MIA in March from the Big Dance since Jeter’s 2006 inaugural season.

Building a program “by the book” so to speak (not to mention under the significant budgetary constraints that come along with being a mid-major), takes a lot of time. So the process has been trying yes, but the progress in each of the seasons that followed the mass exodus of Panther greats following ’05-’06 is undeniable:
Wins and losses are etched into the collegiate basketball record. While not gangbusters on the winning front (30 wins would be nice though!), the program's trend is absolutely on the upswing. Numbers don’t lie.

Milwaukee will have at least three chances to chalk up some huge upsets (@ Michigan State, vs. Wisconsin, and @ Marquette). And with the way Brad Stevens seems to be able to take any group of Bulldogs deep into the Tournament, we will also have more chances to once and twice and three times again topple what has become not just a flash-in-the-pan, but the bona-fide face of the "new reality" in college basketball.
Payback for their devastating NCAA Invite door-slam last March will be a sweet thing to achieve- if everything pans out to it’s full potential. A 2-bid Horizon is something that all Horizon League fans would welcome... let's just hope that Milwaukee is one of those teams. 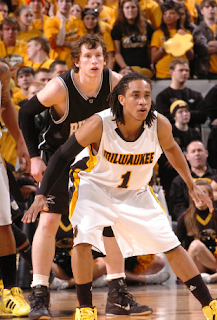 On a more uncomfortable note, most Panther fans by now have heard about Kaylon Williams' unfortunate DUI incident a couple of months ago. While we await the final verdict, we have to remain hopeful that Kaylon can right his ship and get back to doing what he did best- man our point. In the event he is dismissed from the team, we will be looking at a much different lineup.
But more importantly, if he is dismissed from the team, where does that leave Kaylon? A man who was going to college and competing on the national collegiate basketball stage- both pursuits of which his future depends on- is supposed to be stigmatized and ruined because of one terrible, but absolutely redeemable mistake?
Though I am very hopeful for Kaylon’s return, I understand that his situation hinges on how (and how quickly) his case is decided in court (which is likely why no decision has yet been made on his return to the team). Before you crucify Kaylon for what he did, do realize that if the tables were turned and this was you or your son or your cousin, you would likely have a much different reaction.

Ricky Franklin got a second chance and he ran with it. If anything, this situation is a teachable lesson to others on the team (one or more of whom may very well have also gotten behind the wheel of a car over .08 in their lifetime) as well as a wakeup call to KW to turn his life in a more positive direction and never get involved in a situation like that again.

I know I’m glad I got the majority of my illicit shenanigans out of the way much earlier in my life… had it not been for those early slip-ups, I may have made those same mistakes later on in life, when their consequences are much more costly (failure in college, loss of job, etc.). 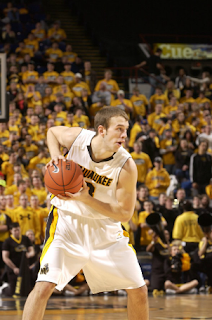 I am done preaching, but you always have to remember when you see an easy target for shame and a massing crowd of angry people holding pitchforks- would they be so judgmental if the shoe were on the other foot?
But back to the team and what is for sure. With a roster heavy on forwards and light on guards, one might think the team could be looking at 2-guard lineups and much more action in the post than in years past. That may be true- James Haarsma is a proven D-I “Beast of the Paint” and JuCo transfer Demetrius Harris could be a player in that same vein.

But with the tremendous outside shooting abilities of other bigs like Tony Meier and Kyle Kelm, don’t expect the Panthers to shy away from their long-standing reliance on perimeter shooting. The inside-outside game that has worked so well for us under Jeter is very much intact. With a solid block game, and the shooters we have returning and making their debut (Paris Gulley, Evan Richard, Shaq Boga, etc.), we might just witness a '04-'-05-type season unfold here in '11-'12.


Ja’Rob McCallum and Lonnie Boga (I think earlier fan talk of Lonnie redshirting this season may be scuttled by the fact we are now going to need all the guards we can play), along with newcomers Paris Gully and Evan Richards should have no problem with the catch and shoots. Milwaukee's perimeter shooting should be a very strong suit, once again. 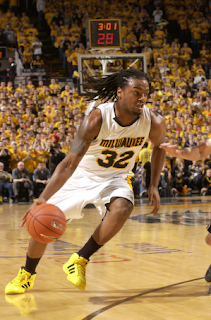 I can't end this post without mentioning the turnover that has gone on within the Milwaukee coaching staff. Brian Bidlingmeyer and Dejan Matic have left the program. Those two put their heart and soul into this program in the time they worked here and we can't easily dismiss or forget that painstaking work. This program would not be where it is without their work here at Milwaukee.
But obviously either themselves, or someone else decided it was time for a change. Bid wound up as assistant at Western Kentucky and Dejan is an assistant at Olney Central Community College in Illinois  (former JuCo home of Panther great Boo Davis). But on a positive tip, into their place, step none other than former Panther Sweet 16 point guard Chris Hill and Panther alum and former dead-eye shooting guard Tone Boyle.
That is all of the News of your Milwaukee Panthers that I can report at this time. There is a lot of time between now and the season opener ('11-'12 Horizon League Predictions and Schedule Rundown are coming soon). 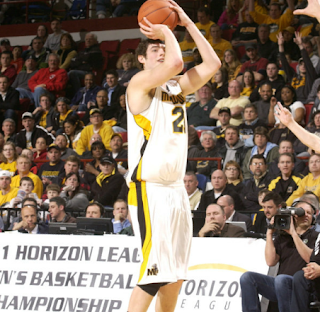 Until then, watch these Brewers go deep into the postseason.. anything less than an NLCS appearence should be considered a failure. And don't sleep on the Milwaukee Panthers! 'Lest you get a rude awaking... This team is built for the long-run. Don't sleep on this team- if you do, you'll kick yourself for missing what I think will be our best season in a half decade. Again I must repeat myself- Don't. Sleep.
GO PANTHERS!!!!
Horizon League Ja'Rob McCallum Kaylon Williams Kyle Kelm Lonnie Boga Milwaukee Panthers Rob Jeter Tony Meier UWM