December 23, 2011
Well, it wasn't as bad as the score might lead you to believe. The Marquette Golden Eagles sent your Milwaukee Panthers (9-4 (2-0)) home with their third loss in four games with a 64-50 ugly victory in a match-up that pitted two very good teams potentially [playing] at their worst.

The game started out pretty much as expected. MU (11-1) knocking in a few, us keeping within about 5-8 points of striking distance for the first 10 minutes. 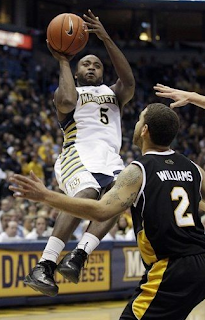 You have to give MU credit. They shot well enough and played great D.

We went into half down by just 5, trailing the Eagles 31-26. We had shot pretty awful up to this point, but 20 minutes remained and we were down by just 5 points. Good things could happen, right? I thought for sure we would get a few 2-3 triples or tough shots made in a row and we'd be fine.

It just never happened. Marquette continued to extend their lead to 11 in the opening minutes of the second half. It was 15 by the time we were down to 4 minutes and topped out at 16 points (61-45) with just 1:45 remaining in the game. That's when you know it's all but over. 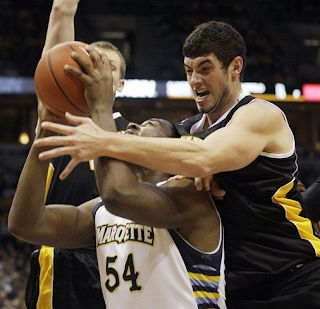 Our defense showed up this night, but our offensive couldn't get going.

What really makes this loss tough is that if we were going to beat MU on their home floor- last night was the night. They were far from terrible, but we held them to just 39% from the field, 18% from 3pt, and just 64 points (MU averages 80.3). 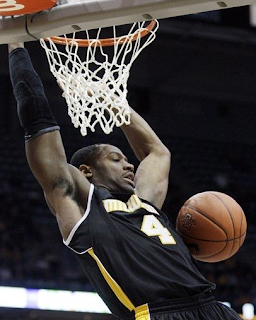 Ryan Allen and Kaylon Williams kept us in this game. They played tough. It just wasn't enough.

For me, the silver lining is that, if we can play a ranked team that close (holding them to relatively few points) all game on a night which "showcased" one of our worst shooting performances in the past two season's, we can get increasingly dangerous. 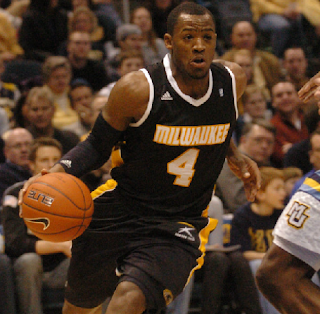 Probably one of the most under-rated players in Division I college basketball: Ryan Allen

I wanted to win this game against Marquette (last in the most recent 4-1 series) more than the hardest of the hard-core, die-hard Panther fans. But as it turned out, we had a shot to defeat a great team playing so-so, and we ended throwing too many shots too far away from the goal. Our poor shooting was the difference.

Kaylon Williams (11pts, 8rbs, 3ast), Kyle Kelm (10pts, 4-4 from the FT line) and more than anyone else- Ryan Allen (16pts, 13rbs, 6blks), prevented this game from getting out of control. Had it not been for these three and the bright spots they shown on an otherwise ugly game to watch, we would have gotten beat by 30 points.

Gotta move on and play our game. You won't see 27%/14% shooting again this season.

We have to just move on. Much like the Western Michigan (home) game, Cleveland State (home) game, Wright State (road) game, Loyola (home) drop or Valparaiso (road) game last year- it's done. It's over. The games ahead will bring much, much better shooting performances and in time we can just look back at this game and wonder how we could have played that bad. That wasn't your Panthers "A" game we saw last night (heck our shooting alone made it  look like we were on our "C-" game).

We have a week off before we play at Valparaiso next Thursday night at 7pm. Hopefully everyone can get back home to their families, have a great Christmas break and come back refreshed and ready to trudge forward into the conference games that we need to win to put ourselves in the same position as our early-March League Championship run of last season. 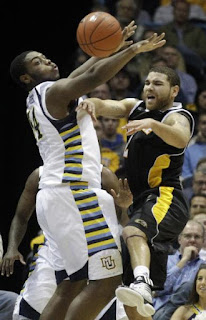 It was a tough loss. But our great defense was there. The shots will begin to fall.

And after their loss to the Jaguars (whom we beat) you know they'll coming into this game with the same kind of chipped shoulder as we are.

Nowhere to go but up from here. And though we didn't reach our goal of a non-con upset, I think the hardest games of our regular season are behind us. At 9-4 after the first 13, we are still in a position to win a lot of games. 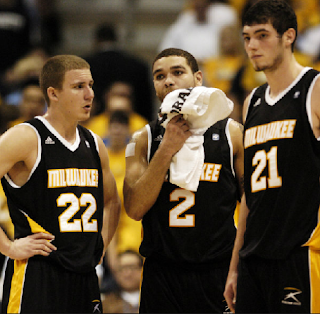 Regroup and Reload. This one just wasn't in the cards. Many more will be however....

And take comfort in the fact we didn't play incredibly terrible, It was just a matter of offense and defense not showing up together. That has been the story in all but one (UNI) of our non-con losses this season.