Panthers Exercise the Blue Demons in 87-76 Rout of DePaul

December 06, 2011
It couldn't have been planned any better. After storming out to a 35-15 1st half lead fueled by a blistering 80% shooting, your Milwaukee Panthers took a deep breath, a little stock in what they had accomplished in so little time- and never looked back. 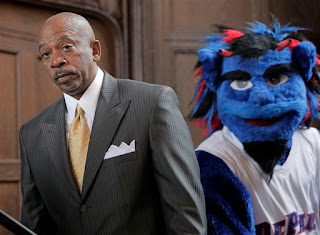 Milwaukee was on pace for a 35pt blowout before DePaul quickly began to exploit the Panthers’ biggest weakness- floor-to-floor pressure D (that is, our biggest weakness right now- after this game, I think we will see stark improvement).

We turned it over 17 times (still less than DePaul’s foes were averaging), but on the bright side- just one of those TO’s came from our play-calling play-maker Kaylon Williams (21pts, 3rbs, 5ast)..

But our offensive barrage was scorching. Though I wish I could have made the trip to the AllState again this year, I had to settle for cheering my lungs out at the TV while watching the great broadcast by Daron Sutton and Panther legend Adrian "AT" (for the uninitiated) Tigert. What a great way to help people completely forget about the UIC win that almost got away…

There were so many great Panther performances to mention last night it's impossible to list them all.

The return of Tony Meier continues to wow Panther fans who were just happy to see him start to get integrated back into the lineup. Meier (20pts, 2stl) shot a perfect 7-7 from the field, including 5-5 from three point range. And he played all of just 22 minutes to do so.. 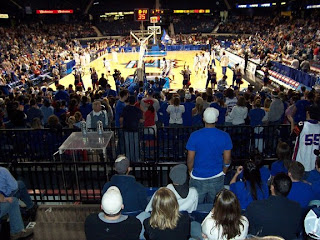 As if that weren’t astonishing enough.... Paris Gulley (19pts, 4rbs), who has gotten significant playing time in this early season, but hasn't yet left a huge impression on fans hoping we’d see his much-touted perimter shooting abilities, shot a perfect 5-5 from 3pt as well.

I don’t even know how to react to that. I will say the chances of that ever happening again in our program’s history (two players 5-5 from 3pt against a quality D-I opponent) are next to nill.

James Haarsma ignored the "conventional wisdom" that insists taller forwards always win out. Though a lot of his performance wasn't reflected in the box score (4pts, 4rbs in 29 min.), James was a huge reason we won this game.

He routinely muscled the ball away from DePaul’s much bigger post men like they owed him money. Whether he was credited or not, much of what he did turned the tide at many points in this game when DePaul seemed to be creeping back.

All of these positives... and we are still not at full strength. Ja’Rob McCallum remains sidelined along with Lonnie Boga.

We really could use "all hands on deck" to show the nation what kind of depth we really have- but healing is first. When they are ready, we will welcome them back and watch them add that much more to The Show.

Up next is Nothern Iowa in Cedar Falls, IA.

Maybe not this kind of 2.5k student section, but next Tuesday's turnout hinges on this Saturday

Don’t even mention the game next Tuesday. We’ll size up that contest well and good when we get past this next one. One at a time- the steady reel hand gets the big fish. And then another, and then another…

Let’s see where we stand after facing MVC’s best to offer this season. These NIU Panthers (Corn-fed maybe, but not as Milwaukee-Tough as us, I suspect) are going to have their hands full- and they should know it.

We, on the other hand, are also going to be seeing our toughest foe since Michigan State.

But make no mistake- just because UNI’s McLeod Center will be packed to the gills with purple power trying to shout down this team we have begun to elevate above “eh, maybe we’ll be OK this season”, does not mean that we are not dead-set on keeping the streak alive and bringing home another huge W to Mil-town. 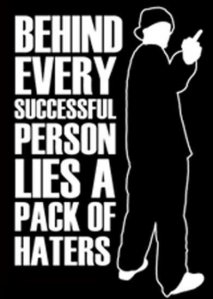 Tune in to WISN 1130- this one is only being carried on radio as far as I know (subject to change if someone clues me in). Saturday could be a harsh reality check. It could also a major confidence boost setting up the table nice, and ensuring a big guest list for the you-know-what.... ("the party") next Tuesday...

For the first time since late last season, these Panthers have achieved what brings joy to so many of themselves and us die-hard Milwaukee fans- they have effectively silenced the haters who never seem to know when to shut up about how “mediocre”, “inconsequential” or “ irrelevant” UWM and/or the Milwaukee Athletic community is.

We’ll let the play on the court further determine the direction of popular conversation. Right now, we’re lookin’ pretty dang good. Even in the eyes of the haters.