All (Shots) Quiet on the Western Front 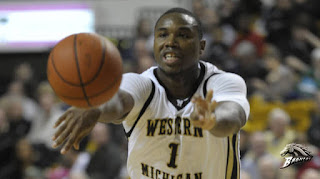 W. Michigan was the better shooting team this night. But we've many more games to play....

The Broncos (6-8, 5-0 at home) were led by center Matt Stainbrook (21pts, 8rbs). We didn't seem to have an answer for him- he was everywhere. Paris Gulley and Kyle Kelm led the Panther offensive attack with 16pts and 15pts, respectively. Kaylon dished out an eye-popping 12 assists...

TO's have gone down considerably in recent games- I think Kaylon is heating up at just the right time. And Tony Meier rounded out the double-digit scoring Panthers with 12 points.

We did have some good individual performances, but as a team, we just flat-out could not shoot the ball,  and got beat because of it. We just couldn't seem to attempt to shoot anything other than 3's, dunks, and layups. What ever happened to the mid-range jumper! Michael Jordan would not be proud...

Not even our usually-stingy D could prevent this tough loss (the refs... well, oftentimes on the road, you have to beat the other team and the refs).

Nevermind the fact that WMU shot 37 FTs to our 9 (we made just 3 of those 9 free attempts). There is an argument to be made about the unprecedented three 3pt fouls against us, but overall, we just weren't going to get to the line. Why? We couldn't find an inside/outside balance. The Panther offense was essentially a bunch of not-free-and-clear long-range shots. On a good night, this may have worked out.

But those 3's just would not fall... and we couldn't figure out another way to score (slash, kick it to Kyle and James- something!). From run-of-the-recruiting-mill Freshman Anthony Hill of Milwaukee's Bradley Tech H.S. to all-around Horizon League Beast Senior, "Ant" Hill figured out real nicely how to go from Joe Schmo Down Low- to Pro. If only he could (along with Tone) be mentoring our post players.

But they get it- and they continue to show when they put it together, it's gonna be a show. We were not so strong in the paint on this particular night and we couldn't hit the broad side of a Menard's store. But that's just the way it goes down sometimes. Madison didn't expect to get beat by Iowa in the Kohl Center and Marquette didn't expect to cough up that 17pt lead to Georgetown the other night.. 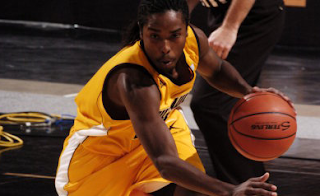 Paris Gulley had a breakout performance.. unfortunately on a night when all else was cold..

But this is what makes college basketball so fascinating- the upsets happen far more here in NCAA Hoops than in the brawn-over-craft/skill game of college football. That's not to knock NCAA Football. It's just that the obvious facts (the number of regular season and postseason results not to mention upsets of ranked teams) certainly suggest that D-I Hoops teams are on a more equal playing field than the FBS, FCS, XYZ, etc. compilation of D-I college football teams.

It's just the beauty of the game- like it or love it. But don't quit. Some of the best seasons happen because of adversity.

I think the the team knows they should have had that one- and the Butler game, but you don't win them all. Maybe Ol' Father Stats will shine down more kindly on us after we have all but put forth some of the worst shooting games we could possibly have this season.

Translation- seriously- it can't get much worse than this offensively. Let's be clear- our "D" is killer... but it is way too obvious our "O" needs to step up and get those shots (2's, 3's, and Freebies) to fall more consistently. 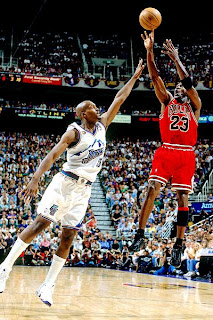 This team can shoot from anywhere- once they realize that... Big things could happen.

If we can regroup and regain that swagger we had just 3 weeks ago, I think we will have a fun time charging through the Horizon League.

In any case, this Saturday, our real in-state rival Green Bay comes to the Cell to take on a team that seems on the verge of erasing the memory of a heart-breaking loss and a frigid shooting night in Kalamazoo.

Get down there and support your local state university hoops team. This should be a good one. We should win, but we also should have won at Western Michigan, and at Butler...


Warhawk Matt reminds us all: "NO EXCUSES".

Things don't always go according to plan. But at 10-6 (having endured two very winnable losses) with a good chance to reel off a lot of conference wins starting here in this 3-game home stretch, I still like where the plan's (the season's) outcome is headed.