Panthers Make it Look Easy in 84-74 Victory Over Titans

January 17, 2012
We'll keep this one short and sweet. Your Milwaukee Panthers pretty easily destroyed Detroit this past Saturday night at the Cell improving their season record to 13-6 and taking sole position of 1st place in the Horizon League (6-1). 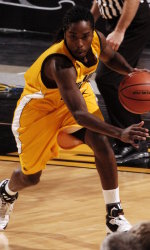 Has Paris finally arrived? Yes. And Meier can make this an unstoppable 3pt tandem.

The final score of this game belies how much of a blowout this was until the closing (maybe 10) minutes. Ray McCallum Jr's 23pts and Eli Holman's 11 rebounds weren't enough. Detroit shot 42% from the field, while we put aces in the hole all night en route to a 59 percentage from the field (let's make that kind of shooting a larger trend, eh?).

With shooting like that, and the #1-in-conference defense we have already established, this team could do some very big things. Lot's of heavy lifting left yet. These next two games at Youngstown State and Cleveland State are going to be a test of how good we've gotten so far.

Milwaukee led by as many as 26 before dialing it down a bit (and admittedly, slipping up with some unfortunate turnovers) and settling in with a nice 84-74 victory. We also got to the line 34 times to Detroit's 19- and we actually had a decent night from the charity stripe.

We canned 22 of them, good for a "respectable-enough" 65%. Can't wait 'till we can hit around 70% consistently- our offense is based on getting to the line and making free shots. 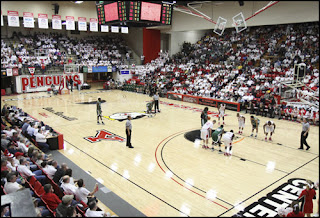 Panthers, this place was no walk in the park last February. Let's win- in regulation.

A three-point bombing and offensive-minded Youngstown State Penguin team will be ready for this Milwaukee team riding a three game winning streak. The Penguins have dropped their last two- both on the road- against Valpo and Butler.

The 'Guins stand at 4th place in the League and are unarguably the biggest surprise of the '11-'12 Horizon League season (unless you believed the vast majority of sportswriters who picked us to wind up anywhere between 4th and 6th...).

So let's go get #14 and #7 in conference. The more separation we can create, the easier it will be down the stretch in our attempt to not just repeat as "co-champions" of the League, but outright, no-tiebreakers-involved Regular Season Champs (though I'll take winning our final 9 down the stretch again!).

But that's so far down the road. And other than the banner, it won't mean much. Thanks to our "obviously great friend and business partner" the Wisconsin Center District, we won't host the 2nd Round or Semi's even if we were to finish 17-1 in the League.

WCD, in their earnest "partnership" with Milwaukee Athletics, decided to schedule "Disney on Ice" during the 2nd Round and Semifinals of the League Tourney. So basically, if we got the #1 seed we will have a disadvantage relative to the #2 seed. Makes sense? Yeah, thought not. But I suppose that double-bye is still is a huge goal to attain. 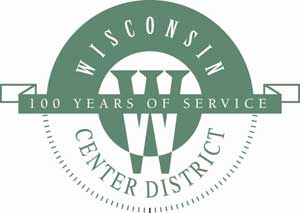 100 Years of Service. 1 shady-slap-in-the-face of a scheduling decision. Go Disney!!

Let's just win, win, win. Keep winning. Keep taking care of the little things like- the ball, free throws, help defense, taking charges, etc.- and we can be champions once again, and ensure at least the biggest game of the conference season is played right here in Milwaukee.

WCD can force us to play 6th fiddle to the Wave, Arena Cross, Roller Derby, Disney on Ice, etc., but can't deny us the Horizon League Championship game- should we when we make it that far.

My bet it that we will- and the folks at WCD (or at least the folks at Major's) will wish they (the WCD) wouldn't have made such a short-sighted scheduling slight.

But I digress... If we can't win these next two, winning the League may never happen this season. Let's go Penguin huntin'!!