December 04, 2012
Well, although the "streak" was not started on this past Saturday night in Cedar Falls, your Milwaukee Panthers showed some signs of life again. We held onto a couple of brief leads, and stayed within about 5-7 points of Northern Iowa until the final minutes. 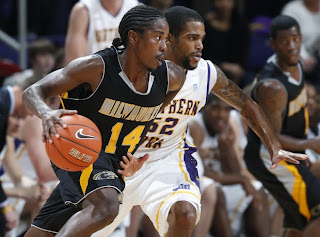 Nobody in Pantherland is happy with a 4th straight loss.. but: He's baaaaaaaack.

Paris Gulley scored 24 points on 3-7 from beyond the beyond to go along with 4 boards. Kyle Kelm (16pts, 6rbs, 1stl) really brought his game back after disappearing for much of the past few losses. On the flip-side, Christian Wolf, who had started every game above Kelm this season, did not see action. No word that I know of as to why he didn't play.

Wolf is a hard worker and doesn't play sloppy- he knows our system and he will see significant minutes; but I have had a hard time seeing him start over Kelm for the 5 games leading up to UNI (it was reported that Kelm has had some lingering pain from his foot fracture that happened back in high school- things like that can flare up, and we don't have a ton of experienced forward depth, so knowing that- Wolf was probably the best option to take over many of Kelm's minutes).

This was a tough loss- but I think many should be encouraged by the fight our Panthers displayed. Whereas in Arkansas (outside of Big Meetch) and Mexico we saw a team that looked dazed and confused- we saw a much better Milwaukee team at UNI's McCloud center. There are green shoots. And it's not at all too late to get them growing robust, strong and 10ft tall come conference time (remember the double-bye... remember the double-bye). 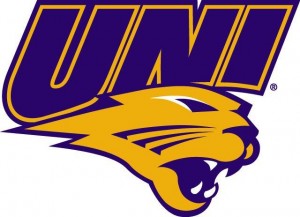 Make no bones about it- this is a tough UNI team. They will be NIT or NCAA. Bet.

Though we only got to the line 8 times and shot poorly once again (3-8), and Demetrius Harris only scored a single bucket (he tallied 8rbs and a block, however), there were more than a few positives that came out of this battle.

UNI is no slouch of a team. Their losses came at the hands of: #2 Louisville, Stanford and #19 Memphis. Not exactly "UALR" or "Rider" losses.. Without meaning to sound as cliche as every post-game interview in every sporting event ever broadcast- I honestly do still think we are going to learn from the (fewer) mistakes and build off this disappointing loss (it had a bittersweet silver lining to it- did you see Kelm and Gulley lighting it up?).

I think if they can both stay healthy and play like they did at UNI and Jay-O and Meetch and Haarsma (where was he Saturday night? He may need a phone call from K-Dub to get him psyched back up!) can continue to have big games- we will be fine (in the 16-18 regular season win range).

Any Horizon League team's chance of an at-large bid left with the departure of Butler after last season. And while no team wants to enter the Big Dance as a #15 seed or get bounced in the 1st Round of the NIT as we did 2 seasons ago- hey, at least in my eyes... the Mexican hangover is over.

Are we ready for a Recovery? No one expected much- but I see untapped GREATNESS.

It's time to start winning and get that swagger that allows teams to impose their will and not rely on favorable home officiating or falling into the trap of second-guessing and failing to execute in live games.

Every team in the Horizon League knows that only the HLT Champ is going anywhere special come Selection Sunday 2013. Let's stop looking back at the bumps/pot-holes in the road and get this party started. Tomorrow at least- we are back home. Let's do this Milwaukee. Knock one down tomorrow night and watch the wins start to cascade-drop like dominoes..