November 02, 2019
Pat Baldwin is embarking on his 3rd season at the helm of our Milwaukee Panthers. It is nice to finally see some consistency at the coaching spot after going through 3 coaches in 3 years (Jeter, La'Valle Jordan, and then our current coach arrived. 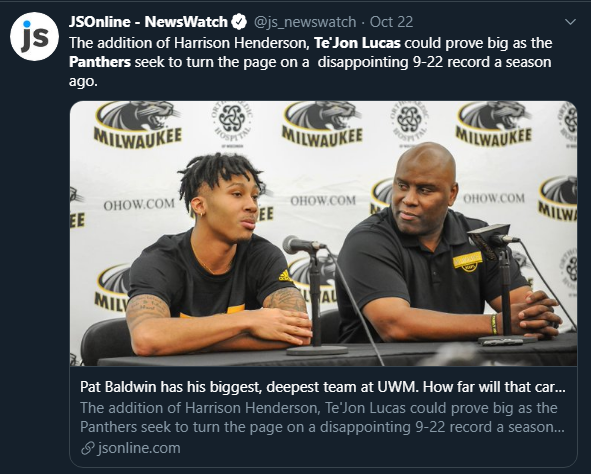 Hopes are high that Coach Baldwin has gotten his crew assembled through the past 3 years of recruiting and that his squad has bought into a system that will prove effective in dominating the Horizon League and all other foes that we square off against this season.

The standout performers of last year are back (most notably Darius Roy, Wil Sessoms and Amir Allen), and joined by sky-high potential D-I transfers Te'Jon Lucas (PG via Illinois) and Harrison Henderson (SF via USC). 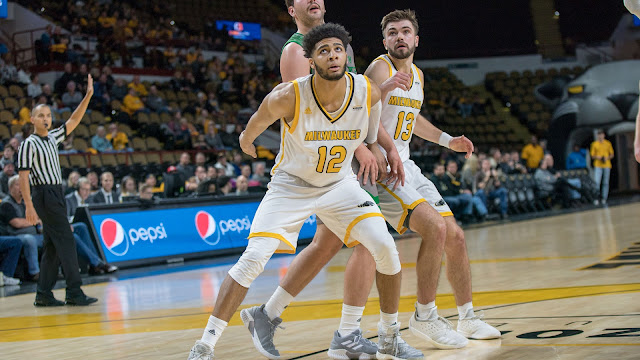 Amir Allen is not a guy you want guarding you


Assuming the returning and new players have gelled as well as has been reported elsewhere, I don't see a lot of our competition in the Horizon being able to stop our offensive attack and defensive depth.

The only concern I have is that our 3pt shooting- the mid-major calling card that has bailed us out of so many games in the past- has been down for a few years... but there is a new sharpshooting guy in town named Josh Thomas (39.1 3pt % and 52.4 FG % in JUCO) who may singlehandedly change that aspect of the Panthers' game real quick.

EDIT: Just checked and 9-22 can skew your view big time lolbs- Darius Roy is our highest percentage returning/joining 3pt shooter: he sunk 40.5% 👀 of his shots from beyond (45 for 111). With him and Josh Thomas we could be looking at a ton of treys in the games ahead.

I am optimistic enough to say I think we'll pick up at least 20 wins and defeat Wisconsin in Madison. These players have a big chip on their shoulders from all the turmoil (and expected histrionics from a shunned fan base and shunned donors, prompted by troubling, childish actions of the acting AD*) that they have been unfairly affected by. They are ready to prove that none of that stuff matters to them: they are the future.

And the future is bright.

*we'll just stop talking about that person for the foreseeable future. Again, the future is bright. This blog is about my school. My team. This Milwaukee Panther team deserves our support, Panther fans. Let's get out there and watch them rack up W's. You'll be glad you got on the bandwagon early... 😎