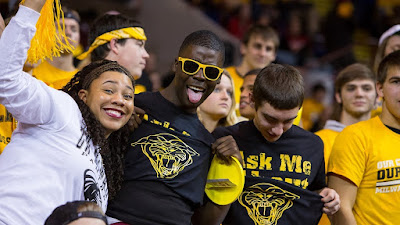 Milwaukee students and general public Milwaukeeans - support this team; it's gonna be one helluva ride to March 2020...

Both teams traded buckets and though the officiating was very strict, neither team was able to form much of a sustained run. It was an evenly matched contest for much of the 1st half with Milwaukee edging out a small lead buffer entering into the break, 41-36.

Ultimately our 3pt shooting (9-21 for 38%) vs. the Hawks 3pt shooting (5-21 for 24%) was the decisive factor. We had stretches of brilliance and unfortunately some clusters of miscues that we were able to counter with fast-paced defensive stops and points in transition.

As the 2nd half moved along, Milwaukee found itself in firm control. After briefly relinquishing the lead twice before half, Milwaukee maintained the lead all of the 2nd half never once trailing North Dakota until the final buzzer. 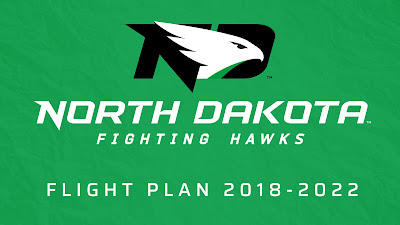 
After all was settled, the Panthers closed out another victory: 79-70.

Had we not struggled mightily at the charity stripe (15-26) this game might have been less close. Anyone paying attention to this Panther squad would agree that things continue to improve each game.


In fact, if the team continues to improve at this rate all season and not hit any major roadblocks I see absolutely no reason we shouldn't have our eyes set on the Horizon League Championship in earnest; this is the best Panther backcourt since Aaron, Springs, Wichmann, McWhorter and Lyle in our '13-'14 Big Dance run.


The Panthers were not flawless, but they are looking better each game


A lot of games remain and we have not seen the full potential of this team but I can picture it and the end of the season could be seeing much larger crowds at the Arena than we saw tonight- even on weeknight games. This team seems apt to pull off a couple winning streaks of 7+ games. They seem apt to pull off something shocking in February and March of next year...

This Panther Hoops team is for real.