November 09, 2019
Turnovers will kill ya. Fouls and turnovers down the stretch will kill you worse. Tonight was.... a night. 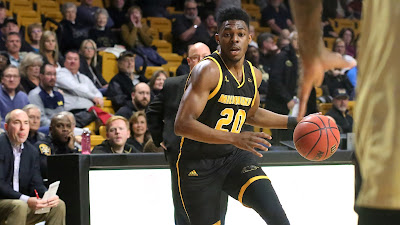 Darius Roy mad a huge impact in his return, scoring a career-high 29 points

Tough as this was to end like it did, it was the most entertaining Panther loss I personally have ever seen.

Amir Allen and Darius Roy returned to the lineup tonight. Still not clear as to why they were out last game but it is great to have those guys back. With Allen, Sessoms and Wilbourn locking down the frontcourt in a marked improvement from last game- the sky's the limit with our scary backcourt depth and tonight showed just that.

The Panthers (1-1, 0-0) were knotted up for much of the 1st half. The game flow's choppiness was accentuated with a ton of foul calling; the referees were stopping time seemingly at every sight of physical play- and both teams were coughing up the rock left and right in a stop-motion film rendition of run-n-gun. 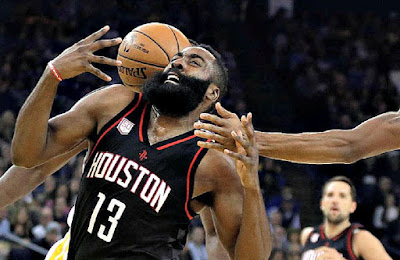 Turnovers will kill ya. Even the best are prone to 'em.

Long droughts without any Panther scoring were interspersed with several bad fouls and bad ball handling mistakes that led to Bronco possessions and points. But the Panthers had an equalizing Ace up their sleeve in the form of guard Darius Roy and Te'Jon Lucas.

Darius Roy flashed his '18-'19 style and dropped in back-to-back buckets as the clock wound down with just seconds left in the 1st. But the Broncos' Michael Flowers (34pts, 7-9 3pt) hit a killer 3 pointer just as the halftime buzzer sounded (+1 we'll take it).

D-Roy had 7 of his team-leading 14pts in the final 4 minutes before half. Though Roy had a standout effort and other Panthers had some great moments, overall we were a discombobulated mess and made too many mistakes that WMU happily took advantage of. It was hardly insurmountable but not a good look at the half- Milwaukee trailing 44-33. 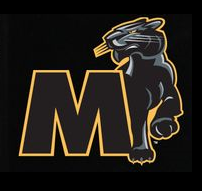 Tonight was a game to learn from. Turn the M upside down every night.

Out of the gates after half, Te'Jon (pronounced "tee-john") and Roy and Josh Thomas (did I mention we have a good back-court?) got to work quickly. After trading buckets and chipping into the Broncos lead bit by bit, our front court had some key defensive stops and Amir Allen was really stepping it up in his '19-'20 premier.

Milwaukee kept battling and slowly the game turned in our favor: Scott Warras kept repeating "Lucas from Roy, Lucas to Roy, Lucas from Roy from 3eeeeee!". We were on the way to the W. And that was it.

WMU's Michael Flowers sunk a triple with 2.6 seconds remaining to tie the game after we had just been up 76-71 moments before. And so to OT we went. 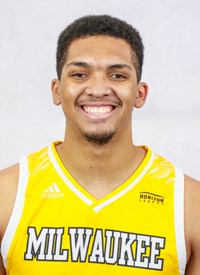 C.J. Wilbourn, along with Wil Sessoms came up big in the 2 overtimes, but we ran out of gas in OT#3


Darius Roy opened up overtime with a 3. But then WMU tied it with a 3pt play. After 2 missed free throws by Te'Jon, the Panthers pushed back in front on a put-in by Wilbourn with just over 3 minutes left. And then Amir Allen pushed us 82-80. Western Michigan got tied up, we got more foul shots, we missed some more foul shots.

Where was Wil Sessoms this entire game?

Who really cares now as he had the most crucial stop of the season to get us the rock with 22 seconds left. Wilbourn sunk 2 FTs, and that was it.

Our offense was on fire for stretches; but that would not close out the victory


Western's Michael Flowers ran down the court and sunk another 3 ball to tie it. Then they called an offensive foul on a Te'Jon Lucas made layup with 2 seconds left. WMU couldn't go the length of the floor and to 2nd OT we went.

A fortuitous Johnson missed bunny shot seemed to seal Western Michigan's fate. The Panthers went on a tear and extended the lead to 4 and kept a good buffer but couldn't close it, but it wouldn't matter right? As time closed out in 2OT the Panthers were destined for victory- finally. And that, my Panther fan brethren- was actually, truly, veritably the end of tonight's show. Or not.

Michael Flowers hit a third game tying 3 and to the 3rd OT we went.

And then folks, we just flat-out had nothing left in the gas task (esp. players). Western Michigan was able to dismantle what was left of the Panther lineup (Lucas, Abram, Sessoms and Allen were all fouled out by this time) and seized momentum to go up 6, 109-103 with 1:42 left in 3OT and the Broncos never looked back.

The 11 turnovers in the 1st half really got UWM in a ditch; slowly but surely though the Panthers clawed back to make one helluva an exciting game out of it. But an L is an L is an L. This is our first of (hopefully just) a few. But hot damn what a sour taste this one leaves. So close- three times. Why nobody tried fouling Michael Flowers before any of his 3 separate daggers remains a mystery... (surely he would have missed 1 of 9 free throws, no?). 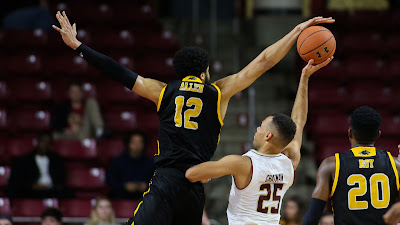 Amir Allen put in some great minutes for the Panthers tonight

Roy led all Milwaukee scorers with a career-high 29pts with Te'Jon adding 23 and Josh Thomas 18. But it wasn't enough.

The style will be more polished each game one hopes. Sometimes things just can't break your way and tonight that just happened to happen to us.

Milwaukee faces off against Wisconsin Lutheran next Tuesday (11/12/) at 7pm. In person, on the radio or via ESPN+/3 stream wherever you are: be there.