November 06, 2019
Milwaukee was entering the game after another tough 9-22 (4-14 in conference) season. Concordia was coming off a 18-8 (16-4 in conference) record last season. And we would be without one of our best returning players in Darius Roy (unknown, "Coaches Decision"); Amir Allen was out as well and oddly, no reason was given pre or post game. 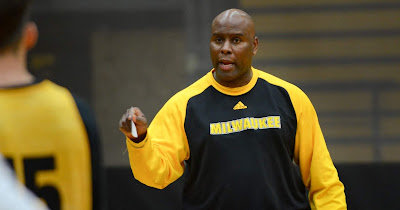 
Tonight was bound to be interesting...

The much ballyhooed debut of Te'Jon Lucas was worth the hype and wait- he was highly entertaining as expected- but he can get much better. That could be wild.

Te'Jon commenced this new era of Milwaukee Panther Basketball with with perfect jumper that splashed its mark. Te'Jon was everywhere all night and lead all scorers with 19pts (though he could have had a lot more (7-14 from charity)). He added 7 rebounds and 7 assists and- so yeah, it would appear Te'Jon is not exactly rusty from his 1yr transfer hiatus.

Lucas had his smooth controls and a knack for getting to the cup on full display tonight. People were not joking when they said he is hungry for his second chance. 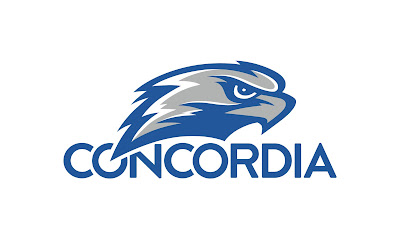 
Wabash College JUCO Transfer Josh Thomas got his sharpshooting early started and added 18pts and 8rbs. Josh looked very comfortable out there and figures to be a force for this team. Returning starter DeAndre Abram lit it up from outside sinking 4 of 9 3pt shots en route to 14pts and 7rbs.

On the other hand, Concordia had a couple ballers complicating UWM's opening night. They seemed to prevent Milwaukee (1-0, 0-0) from stretching the lead beyond 6 points for the first 25 minutes of the night.

It didn't help that our forwards seemed to be playing a bit of a disappearing act and hung out away from the post on the wing for much of the night. It may have been gameplan to "stretch" things out and prevent a Concordia 3pt festival, but played to Concordia's advantage in many instances.

Eventually, the Panthers overpowered the Concordia Falcons and distanced themselves at the outset of the second half. Panthers broke out to a 22-4 run solidifying their lead in the opening 10 minutes out of halftime.

Lucas was there with bigtime And1's when we needed him and the last 10 minutes was a preview of what this Panther offensive attack can look like. We closed the game out easily and got the W. 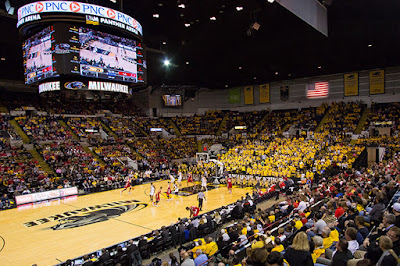 Panther fans- get out to some games at the historic Arena this year; we have championship talent

The shooting lines for these two teams summarizes this ugly shooting night:

In a game that began a little sketchy, your Milwaukee Panthers chalked up their first victory of the '19-'20 season. Despite the opponent mismatch (Concordia is D-III), the fundamental things that will sink or float a team were working- and working well.

A win is a win, but this one probably should have been secured with a 25+ pt margin; we are much better than this


While this is an encouraging start, it doesn't reflect much other than that the pieces are there and the players are already proving that they can score in bunches when things start clicking. We square off in the second game (and UWM Homecoming) of the season this Saturday 11/9 at 6pm against Western Michigan at the Arena.

Things could continue to roll or maybe the team falters in the face of adversity. I am betting on the former.