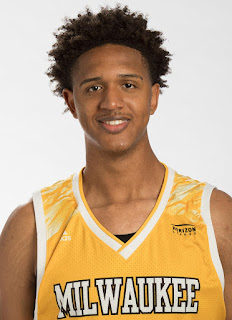 
Amir Allen smashed home a two-handed jam and we were off to the races.

From a 16-0 start, rejecting, running our offense with ease... to a Josh Thomas Dunk and 3 pointer that extended the lead to 28-7 with 10 minutes in the 1st. This one was in the bag from the get-go.

We got some valuable minutes for some players who may not start every game but are going to need to be ready for many big-time situations down the line.

Shae Mitchell got on board with a 3 and then another. He finished the game 3-6 from 3pt with 5 boards and 12 points. Mitchell has a textbook apex-release shot and from tonight it looks like he'll be dropping a lot of threes as a Panther.

Just fast-forward the second half- we scored a bunch of buckets. Wisconsin Lutheran did not defend and just couldn't do much to stop Milwaukee from scoring almost at will. It wasn't much of a "contest", more exhibition. All but one Panther scored. 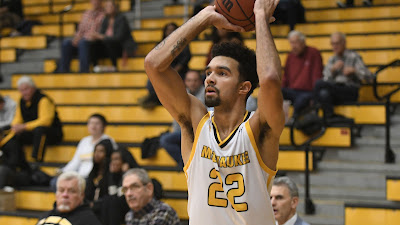 In the final minutes, Harrison Henderson's (16pts) end-to-end spin lay-in atoned for his previous back to back turnovers and that folks, was the ballgame.

...105-53 was the final and in retrospect yeah, maybe better competition would have been a better experience for this team. But I think allowing everyone to get active and get some buckets can go a long ways for intangibles/team morale. I think everyone now knows how good even the bench guys are.

Harrison Henderson (16pts) started getting involved down low and looked much more fluid than previous games. Henderson, Mitchell and Arturo Bingham (8pts) got a ton of minutes tonight and proved our depth. Any of these guys can be relied on in a pinch or for longer stretches; nobody on this team worries me with the ball in their hands. 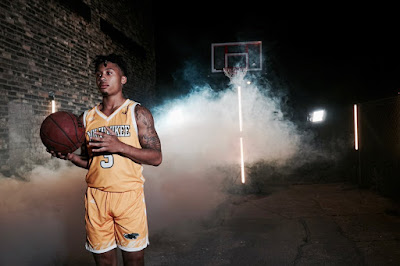 Despite the weak competition in tonight's game, bad teams don't put up 100 in back to back games - watch. this. team.

And don't discount lesser known guys on the bench like Tyler Behrendt. He was out there doing his best Paris Gulley impression and added 8 big points to the W tonight. Bobby McArthur-Williams nailed a triple. Things were good tonight. But again, it was against a D-III team who is not good among D-III teams.

Wisconsin Lutheran's zone defense easily crumpled against even the first flicker of a Panther offense and this was more of a scrimmage than a competitive match. The remaining schedule will present a lot more games like the triple overtime loss to Western Michigan then tonight's drubbing of Lutheran.

Next up is another home game at the Arena vs. the UMKC (U of Missouri at Kansas City) Kangaroos. Let's keep playing tough. We may not hit a 100 again (or will we?), but we can pick up another W.