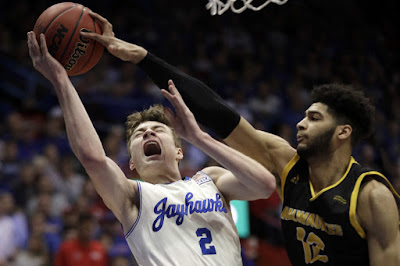 Beating Kansas just wasn't in the cards tonight but now even our best Horizon foes (WSU, OU, NKU) will seem much weaker by comparison


Nobody expected your Milwaukee Panthers (5-5, 0-0) to pull off the impossible tonight, but many of us expected a closer battle than the final score indicated. If only this game were solely viewed from the second half in which Milwaukee closed the game nearly to single digits on several occasions and played much better on both ends... But it wasn't so. The 1st half had us doomed.

In the opening frame the Panthers could not hit a shot (36% FG on the night) and seemed to be playing timid as if they didn't trust that they could play with Kansas.

We went into half down 25pts to the Jayhawks high-powered offense and punishing D- 52-27. Unfortunately that first half dug us into a hole that led to the lopsided-ness of this 5th Loss of the young Milwaukee Panther Hoops season.

We made a strong run in the second half and had we played the entire game like that, we may not have won but we would have keep it a lot closer than this forgettable blowout. 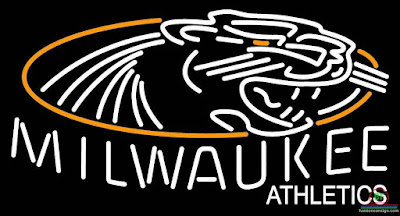 This team has gotta represent for the UWM community... I think they have a lot more winning ahead.

But we just didn't have enough. Kansas is goooood when they are on and tonight they were on more than off. The shooting lines tell the main plot of tonight's murder in Lawrence, KS (we did make our free throws but we only shot 15 to Kansas' 27 FT attempts):

Maybe in March 2020 if we are determined enough, we'll have enough to play with Kansas or someone else who plays on a next-level of greatness, but tonight showed that we still have a lot of gelling to do before we are like Butler when they were still in our (only recently struggling) conference... 😐

All is still bright for the Milwaukee Panthers '19-'20 season's future in my opinion. Our guys got invaluable experience against a Kansas team that is poised to be #1 for several weeks this NCAA season. You need that kind of experience to be great.

Let's watch this Panther team get back in the W column on Saturday afternoon against Eastern Illinois downtown at the Panther Arena. One W at a time..