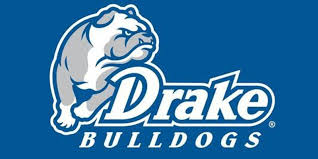 In the absence of our floor general (Te'Jon Lucas out, knee) your Milwaukee Panthers (5-4, 0-0) stepped up and delivered. Almost.

The team played well enough to go toe-to-toe with an MVC powerhouse, but it wasn't enough tonight.

An early 1st run half run had Milwaukee up 9 but was eventually interrupted by a 9 minute drought and Drake counter-punch (2 quick blocks, several turnovers...no Milwaukee points). All of the sudden, as goes the game- Drake's momentum was gone.

Fortunately after closing the gap to just 2, Drake began to falter themselves and the final minutes of the 1st half were an evenly-matched slopfest that only slightly resembled D-I basketball.

The 2nd half began and ended with the Panthers slowly ceding the advantage. Drake opened up with a 7-0 run and things were not looking good after that. The Bulldogs' full-court pressure defense slowed down the Panther attack. In a meandering slow-scoring set that featured nearly 30 turnovers both teams made key defensive stands but neither team could pull ahead by more than 6-8 pts.

Our assertive rebounding continued but still we couldn't hit shots.

DeAndre Abram (12pts, 7rbs, 2stl) was the leading Panther scorer hitting some key triples to keep this one as close as it was.

The see-saw battle continued with Drake and Miwaukee exchanging the lead late and Drake eventually holding on for 56-53 victory.

Some other rather obvious Panther superfan observations:


Our next test happens to be another road game in the Midwest. But this one is in Lawrence, Kansas. We all know who plays there.