December 15, 2019
Tony Romo's alma mater handled Milwaukee fairly effortlessly Saturday night at the Arena. Your Milwaukee Panthers looked like discombobulated and did not play with the fluidity and familiarity that they did in nearly all the games until George Washington. This isn't the team we saw earlier this season. We barely put up a fight. We looked dazed and certainly not like a team capable of dominating the Horizon League this season.

I hope I'm wrong but this team (not just individuals, but coaching, effort, preparation, execution- everything) is getting worse with each game and that is cause for alarm.

I'm not gonna lie I'm disappointed. E. Illinois is not as good as I thought we were.


I mean no disrespect, but Eastern Illinois is not that great of a squad; what does that say about us?

Eastern dominated almost all of the first half and Panthers went into the locker room trailing 46-34 on 30% shooting from the field. 😑

The second half played to Eastern's favor as they extended the lead and kept a 12-16pt buffer for the first 15 minutes.

In a late 2nd half Panther surge, Josh Thomas took it baseline to baseline to the rack to make it just a 5pt lead EIU as the visiting (EIU) Panthers called a timeout to stop the surge of momentum by Milwaukee. It had been a 3 minute 13-2 Milwaukee run to narrow the deficit.

We had a chance. After all that mess. We still had a chance with 8 minutes to go. But then slowly our comeback charge petered out and Eastern reasserted a double-digit lead in the closing 2 minutes.

It sure appeared that all was lost. Milwaukee was down by 7 pts with just 28 seconds remaining. Game over 99/100 times right?

But(!)- then Te'Jon Lucas dished to Darius Roy who drained a 3.

And here we were again (this is becoming a season theme). A 1 pt game with 15.8 seconds to go.

An officials timeout was called to review a Te'Jon Lucas reach-in foul on the inbound (to foul immediately as instructed). And surprisingly, it was overturned and ruled a flagrant-1 foul giving EIU 2 free throws and the ball back which effectively ended Milwaukee's comeback effort. The Panthers of Eastern Illinois prevailed, 75-68.

Darius Roy (24pts, 3rbs, 4stl, 8-8 from FT and 4-9 from 3pt 🚒🚒🚒🚒) had an outstanding night and awesome all-around performance but could not run the show all by himself- and he didn't offensively at least. Josh Thomas added an impressive 13pts and 8rbs. Te'Jon has 11pts, 4rbs and 5ast. 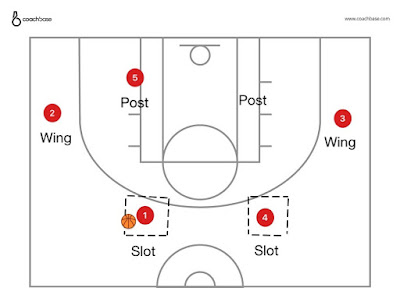 We've gotta change something; what we are trying is not working well enough to win championships

They are all guards. Where are our big men? We cannot compete without powerful forwards holding down the block. Amir Allen (7pts, 7rbs against EIU) has shown he is capable of stepping up big. But after that there is a drop-off and lack of depth that should concern anyone associated with this team.

Do we just focus more on an up-tempo 4 guard set or something and hope Amir can collect as much as possible? I don't know. The mismatches will be ugly. Hopefully the coaches will figure it out- they know 1000x better than us superfans how to make the necessary adjustments.

Let's hope they identify and make those adjustments and that more Panther forwards can emerge (and be recruited for the future...) and prove that they can be a reliable force under the hoop.

It was yet another close loss for this scrappy, tough but unfortunate Milwaukee team. If the season continuous like this we will wind up with 20+ losses in contests decided by 7 or fewer points.

Not much to hang your hat on there... Panther fans, we officially have a (4 games now) losing streak going. It's a funk that, is strange because we should had have some wins in those 4, but altogether it simply feels like we are constantly playing from behind; playing catch-up and hoping to bring the game within a few points and not playing to lead the entire game and playing to dominate.

This Milwaukee team is an enigma. What seemed like some flashes of promise early on this season have slowly began to dissipate into a consistent humdrum brand of losing basketball. And it'll be hard to get right back on track with Bucky Badger in Madison waiting impatiently in the wings for next Saturday. And the Wisconsin game is followed by our opening the Horizon League season on the road against Northern Kentucky and Wright State to close out the 2019 portion of this season.

These 3 games in the next 2 weeks will be quite the test for Pat Baldwin's Milwaukee Panthers. We'll either get embarrassed and continue to slip in the standings or fight back and correct the course of this season.

We've got to find a way to stop digging into and out of holes. We've gotta figure out how to dominate. There is time yet this season. Not much and fast-expiring, but- there is time*.

Milwaukee travels to Madison to face the Badgers next Saturday, 12/21 at 4pm CST. Tune into the B1G Network if you can and hope for a good showing by our struggling Panthers against their Wisconsin state school D-I neighbors to the west.


*Fun fact, the last Milwaukee Panthers basketball team to reach the NCAA Tournament (2013-2014) was 7-9 in conference that year before catching fire 🔥 when it counted...