December 22, 2019
It was a cold (2nd) half of shooting that doomed this game. But the game was secondary to acknowledgment of the strength of Badger assistant coach Howard Moore and the the reminder that every second with family should be cherished. 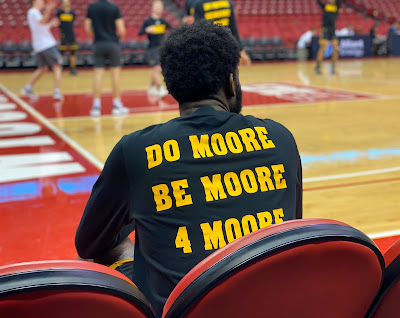 Moore, a former head coach at UIC and former colleague of Rob Jeter endured a challenge that can only inspire us all to be better.


The Panthers and Badgers honored assistant Wisconsin coach Howard Moore who suffered a family tragedy earlier this year and there was an outpouring of love and support in the Kohl Center before the game that was great to see. Tee shirts displayed DO MOORE. BE MOORE. 4 MOORE.

An inspiring message for all players, coaches and fans alike.

And so the game commenced.

The Badgers began the contest with a 10-0 run but 7 minutes in the score was 15-14 after a Josh Thomas transition layin. Milwaukee (5-7, 0-0) was more than just hanging in there.

Te'Jon Lucas (10pts, 4ast, 4rbs) and Darius Roy (25pts, 4rbs) looked unfazed by the B1G atmosphere and for a while, you got the feeling they were set and ready to marshal the rest of the troops and deliver Wisconsin a loss if they could just keep draining skyscraping floaters from beyond the arc and score easy buckets in transition. 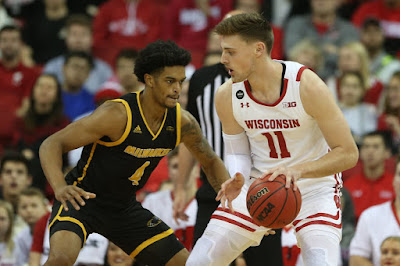 Sessoms played well against the Wisconsin; that bodes well for the Horizon season and addressing our nagging post problem


Wisconsin led by just 2 points, 43-41 going into halftime. A very un-Wisconsin-like game. Was our up-tempo game succeeding at just the right time?

Probably not. But our 3pt shooting was on fire 🔥; alas you cannot keep up the kind of 3pt percentages Milwaukee shot in the 1st half (60+%), so something more than the perimeter was going to have to win the game if Milwaukee was to play the spoiler in Madison again.

It was not to be.

Wisconsin didn't allow a single Panther 3pt basket in the 2nd half and held Lucas scoreless in the final 20. The second half was a slow and steady separation for UW largely driven by a breakout performance by one of Wisconsin's late-blooming stars, Junior guard D'Mitrik Trice (31pts, 5rbs, 3ast). Trice torched Milwaukee and arguably single-handedly ensured that the Badgers would cover the 16pt spread which, they did with ease after they settled in and Milwaukee went ice cold in the second half. 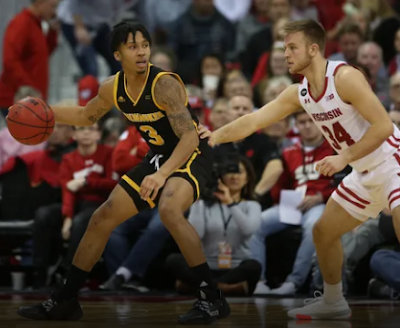 Te'Jon had a great 1st half but UW locked him down defensively in the 2nd, holding him scoreless for 20 minutes


All was not bad though. Experience is experience and Wisconsin, despite their 6-5 record, is better (SOS) than almost anybody (other than Kansas) that we will play this regular season.

And was that Wil Sessoms with 6 rebounds in 21 minutes of game time? We need more of that outta Wil; if he keeps that up it could go a long ways toward solving our post problem. Imagine if we had a forward or forwards pulling down double digit rebounds every few games. That's a lotta second chances... That's a lotta potential transition buckets...

On the flip though (and this is not characteristic of Amir Allen or CJ Wilbourne)- our starting forwards combined for a paltry 1 rebound and 0 points. Consistency down in the post is a necessity for us to make the jump. Can we do it?

The competition for the Crown.


Can we play the hand we've been dealt and utilize the plays and rotations that give us the best chance to succeed  and maybe, just maybe dominate what has (sadly) recently become one of the least challenging D-I conferences in the nation?

I think we can.

Things are kind of down for Milwaukee right now. Most of us fans expected us to lose to Kansas and Wisconsin by double-digits but not to go this long without winning; our losing streak has now reached 5 games. It is tough to not see this Milwaukee team bounce back yet.

It'll happen, let's just hope it isn't too late. From a conference standpoint we are 0-0. We can still take all the close, heartbreaking losses, all the 1/2 complete games and transmute that into Horizon League dominance. 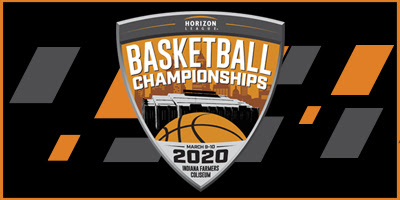 
All it takes is winning league for an invite to the NIT and winning the league tourney to reach the NCAAs. The former might be a tall order, the latter can happen when a team catches fire in late February. We see it happen every season.

Milwaukee hits the road again to face Northern Kentucky in our first conference game of the Horizon season. This team has had a rough stretch but the season is long. All it takes is a big win to spark something. Let's hope that fire to win is there at BB&T Arena in Highland Heights, KY next Saturday, 12/28 at 12pm and our Panthers can start a new season within the season.