East Wisconsin's Finest: Panthers take down Phoenix 87-80 to improve to 3-2 in Horizon

Both teams' high-octane offense was slowed only by the shot clock. But the stops seemed to only come from the Black and Gold. Green Bay played a decent game. But they were playing catch-up all night (what we had gotten accustomed to up until this game). And they didn't catch up. 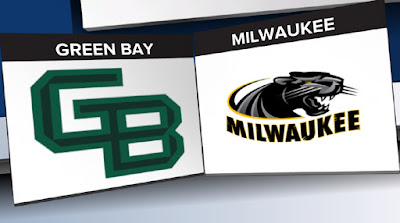 
The 1st half was .... dicey. But overall Milwaukee (8-9, 3-2) shot the ball well and committed some dumb turnovers. The lead was traded early until the Panthers lead began to mount and Milwaukee found themselves consistently ahead, enabled by us making some big-time defensive stops via simply playing smart basketball.

In the 2nd half. Te'Jon, Roy and JT just straight up took over the ballgame. Steadily we never wavered in the face of a few runs by the Phoenix. Except for a few 3 and 4 point lead narrowing/threats posed by those aforementioned UWGB runs, we maintained a lead of 8-12 points for the entirety of the 2nd half.

In the closing minutes, when it mattered most Darius Roy and Te'Jon Lucas hit fearless, determined shots that sealed the victory. The final game buzzer sounded and the Panthers racked up the third W in a row and defeated UWGB, 87-80. 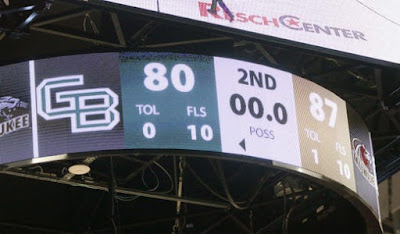 This was our first road win in 6 games


With the way we shot in this game, there was almost no way we could lose.

Milwaukee asserted sheer and utter dominance and actually played with the lead for 90% of the game. We controlled this one from tip to final buzzer and that was something to witness (we are pretty dang good when we play our game).

Former Panther JayQuan McCloud (23pts) was a thorn in Milwaukee's side all night and Amari Davis (28pts) showed why he will almost certainly be the Horizon League Freshman of the Year, but Green Bay was no match for these Panthers.

Is this how Milwaukee will play from here on out? Up-tempo, unrelenting, aggressive, in-your-face and with the consistent capability to make enough 3's made to take down a ranked team? If so, there is no reason we cannot be a Top 3 Horizon Finisher and make a run at a (Dance) Ticket in the HLT.

Some real bright spots of this win over the Phoenix: 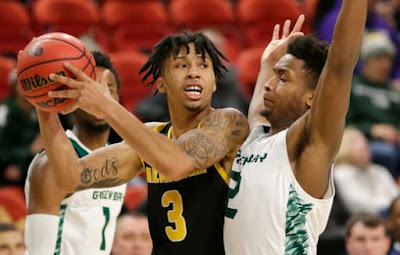 Te'Jon is only a Junior; he may be making national headlines by the time this is all over..


Our forwards, the primary sore spot of this club, woke up big time in Green Bay. I have given CJ Wilbourn (7pts, 6rbs, yessir) a lot of criticism previously on this blog. He is a freshman- so what can you expect, but perhaps Baldwin had a plan. Let him get a lot of experience real fast. Wilbourn could become great if he keeps developing his D-I post abilities as quickly he has lately.

The combo of JT, Te'Jon and D-Roy is something incredible when it is clicking- and it was clicking last night and has been most all year. It is like having the kind of weapon that was Kevin Johnson, Steve Nash and Jason Kidd backourt of the 1996-1998 Phoenix Suns. 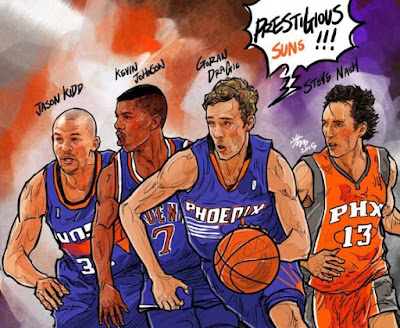 The comparison may be a bit overboard, but Te'Jon, Roy and JT are as formidable a quick backcourt as I've ever seen


In limited but effective minutes, Wil Sessoms and DeAndre Abram were stepping up in the lane too; it was just a great night in Green Bay for this Panther squad. Things were clicking. The team was gelling. If we are going to win championships, we have to play together. Play with trust. Those things only happen when the team gets along well and individual efforts aren't the focus. 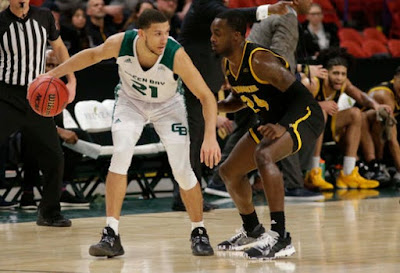 JT's defense and overpowering physicality (weightroom!) makes him far more effective than most guards his size


This win was truly a team effort and a really big step in the right direction. The 2019-2020 Horizon League is up for grabs. 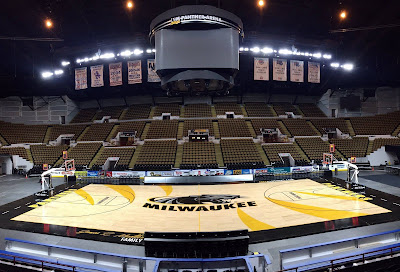 The historic Milwaukee Arena is begging for an infusion of more history; the Panthers look to make that next time stamp


This Thursday night 1/16 at 7pm.... the Arena awaits the next game up- your Milwaukee Panthers vs. the Detroit Titans. Can we make it 4 in a row and keep this train rollin' full steam? 🤔