May 06, 2020
With the recent Chicago Tribune story that Patrick Baldwin Jr. has narrowed his list of schools to Milwaukee, Duke, Northwestern, Michigan, Georgetown and North Carolina we could be getting closer to a decision from PBJ on his college future. 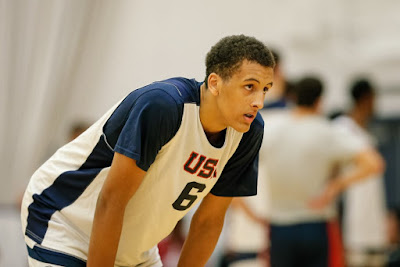 Patrick Baldwin Jr. coming to Milwaukee would be something special for this school and city...


Currently, Milwaukee is believed to be in the lead.

It is at least worth pondering this single quote (taken liberally, out of context, like we always do- we are sports writers and sports nuts- what else did you expect, dear reader):


“He told me about the progress he has seen in me from the time he put the ball in my hands,” Baldwin said. “He said whether I decide to play for him or not, he will always love me. He really does hope I choose to play for him.”

This is a kind of once-in-a-decade lighting strike that would capture an avalanche of attention, enthusiasm, and potentially buildup an unassailable renewed strength of the Milwaukee Panthers brand in the state of Wisconsin and across the nation. But unlike 2003 or 2005 or 2006 or 2011 or 2014- this time it would be indelible. Permanent.

We all want more exposure and respect for Brew City's beautiful hidden gem of a university on the Upper East Side by the Lake. You are kidding yourself if you do not think it would help to have PBJ vaporizing the Horizon League, on ESPN Top 10 every single other night and then taking this team far, far beyond TV highlights of regular season games. But the decision to play for your father and be with family at a sometimes-mismanaged sleeping giant (Milwaukee) vs. being far away in Basketball's Garden of Eden (Duke)- but alone- is not one that anybody takes lightly for certain. So don't expect PBJ to commit to Milwaukee. 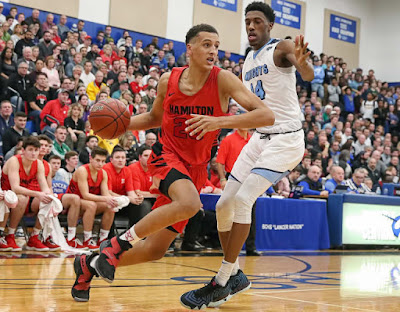 #3 Class of 2021 Sussex-Hamilton recruit Patrick Baldwin Jr. has a knack for the game of basketball like few others


If it happens? Amazing (but he says he plans to announce around October, so hold your horses..)

If not- Life goes on- the future of this Panther Basketball program is still taking a much better shape than it was just a few months ago..

Well with or without youuuuuuuu P.B........(J)... 🎧*,  we have quite a decade to look forward to if we can not only recruit like this, but have the recruits bear the fruits like this.

Here is to hoping that Life is Good for Coach's son wherever he decides to stop off en route to the NBA
Whoever is going to face this young man in college? You gon' learn..
How to set the net on fire.

PS: COVID sucks. I just made some remix videos to lift some spirits (Jordan Lathon is a Panther already) as we all need something to look forward to in the future, however improbable that hope may be.

PPS: PBJ's updated Top 10 and surprise, Milwaukee is on the list: 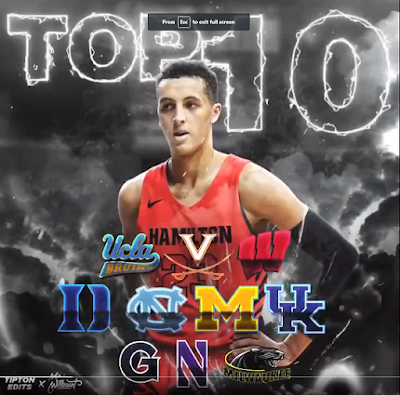 go panthers
the future is now.