July 07, 2020
Your Milwaukee Panthers have been quietly busy at work building the future of this program. In addition to the incoming group of new recruits Devon Hancock, Donovan Newby, Kaleim Taylor, Grant Coleman, Tafari Simms, DeAndre Gholston, and Jordan Lathon- Milwaukee is setting its sights on 2021 and beyond.
And no, all of our future is not hinging on PBJ deciding to play for pops. Though that scenario would be some serious rocket fuel added to the equation currently being worked out by Baldwin, Paris Parham, Terrance McGee and John Bowler.
Ben Nau is the guy who humiliates you when you challenge him to a game thinking he's a scrub
We have an embarrassment of riches at the PG spot and have for some time. From Ricky Franklin, Kaylon Williams, Jordan Aaron, Jordan Johnson to Te'Jon Lucas and soon Jordan Lathon- the rock has been in great hands for a while. With Lucas and Lathon we are set at the starting PG position for a good while. But(!)- 'gotta stock the cupboard like the store might close. The drawing board is being sketched out as we impatiently anticipate the return of Sports.
Could Brookfield Central's Ben Nau be Coach Baldwin's next commit? Evan Flood seems to think so.
(though Flood also is absolutely sure PBJ is headed to Durham, NC... 🤔). Nau looks unassumingly impressive and is a pure shooter and distributor who- esp. when he hits a final growth spurt- could probably play a big role for a number of D-1 teams. He is drawing interest from DePaul, Southern Illinois, North Dakota State and several other established programs.
Well. Let's see where the blue chips fall. Some say commitments from 2021 recruits Foster Wonders and/or Grant Newell are in the cards. We will hear about a lot of hits and misses in the next few months. I "predict" some bigtime hits and a gelling of a super-squad built to play as a team and win in Vince Lombardi fashion- win like there is no other way to play the game.
Although it sounds like my Panthergandizing (thanks to one of my writing mentors the great Jay Sharman of the late LakeThePosts.com) is just a bunch of whimsical, starry-eyed smoke and mirrors, I wouldn't throw skepticism and shade on the optimism before taking a closer look at what is transpiring.
There are several immensely talented players either currently residing or planning to reside on the East Side of Milwaukee who are 100% sure that the Panthers will be the next Butler. Remember, pre-Final Four, when Loyola was a joke and our seasonal Horizon League punching bag? Life comes at ya fast, folks..
Settle in and enjoy the show. You won't want to miss these next few years.
PS: Oh, and Devon Hancock looks war ready to help Milwaukee win another championship or 4. I'm pretty excited for the future. You should be too. 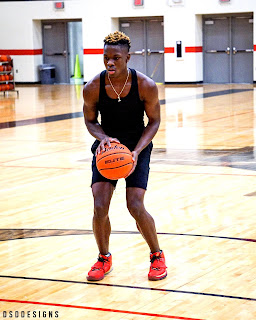